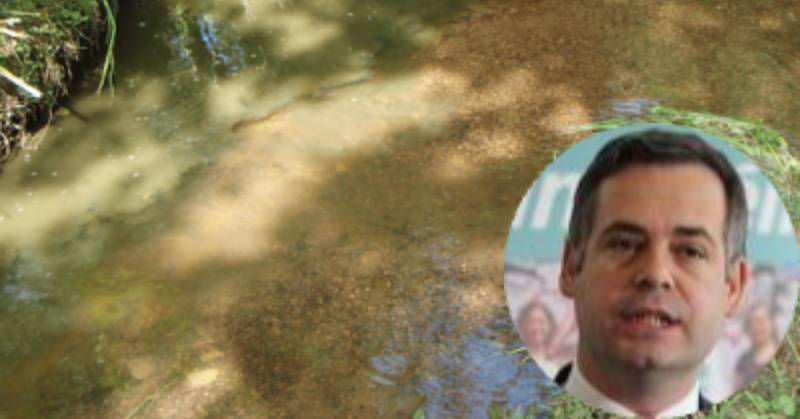 Eight Donegal towns and villages have raw sewage pumped into sea, lakes and rivers as Donegal Deputy Pearse Doherty has called on government and Irish water to speed up connection to treatment plants.

The towns and villages of Burtonport, Coolatee, Falcarragh, Kerrykeel, Kilcar, Moville, Ramelton and Rathmullan are all suffering from this problem and Deputy Doherty worries some of these towns may not get connected to treatment plants for another few years.

“On Wednesday the Environmental Protection Agency published a report which found only half of our sewage is being treated to EU standards, with over 2.5 million tonnes of raw sewage being pumped into our seas and rivers every year in 32 of our towns and villages.

“Eight of these towns and villages are in Donegal – Burtonport, Coolatee, Falcarragh, Kerrykeel, Kilcar, Moville, Ramelton and Rathmullan.

“This is harming the environment of Donegal and undermining the public health of the people of Donegal.

“In 2015 I submitted a complaint to the European Commission about the State’s failure to deliver a sewerage scheme in Gweedore – the Commission took infringement proceedings against the State in response.

“Years later, there remain long delays to the completion of the Gweedore sewerage scheme.

“I am deeply concerned that Coolatee, Falcarragh, Moville, Ramelton and Rathmullan will not be connected to treatment plants until the second half of this decade under Irish Water’s plans.

“Worse still, the EPA noted that Irish Water has frequently missed deadlines, changed plans and extended timeframes – this gives the people of Donegal little faith that this issue will be dealt with.

“I raised this issue with the Minister for Environment, Climate and Communications yesterday in the Dáil, but received little assurance that the Government are taking steps to resolve this issue for the people of Donegal.

“Sinn Féin will continue to raise this issue in the time ahead.”