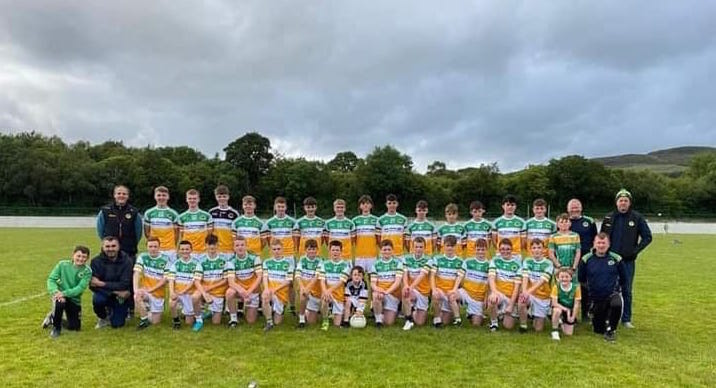 Last year’s beaten finalists always looked like they meant business and eventually ran out winners on a scoreline of 1-10 to 0-4.

Michael Murphy couldn’t have looked any happier on the sideline when his side raced into a 1-3 to 0-0 scoreline after just fifteen minutes.

Played in terrible underfoot conditions, both teams did their best to make a game of its for spectators.

But it was the physically dominant Glenswilly through the likes of Mandy Kelly and Donal Kelly who dominated most of the play.

Glenswilly stopper John Quinn was called on to pull off a terrific double save in the 20th minute preventing the Glenties side from being thrown any kind of lifeline.

Glenswilly went into the break 1-6 to 0-4 at the break with Naomh Conaill hanging in thanks to points from Tiernan Ward, Danny Brown and Mark McDevitt.

But it was as near as they were to get to Glenswilly as Murphy’s side shut the Glenties lads out completely in the second half.

Glen added four more points in the second half and could even afford to miss a penalty as Oisin McGrenra was taken down.