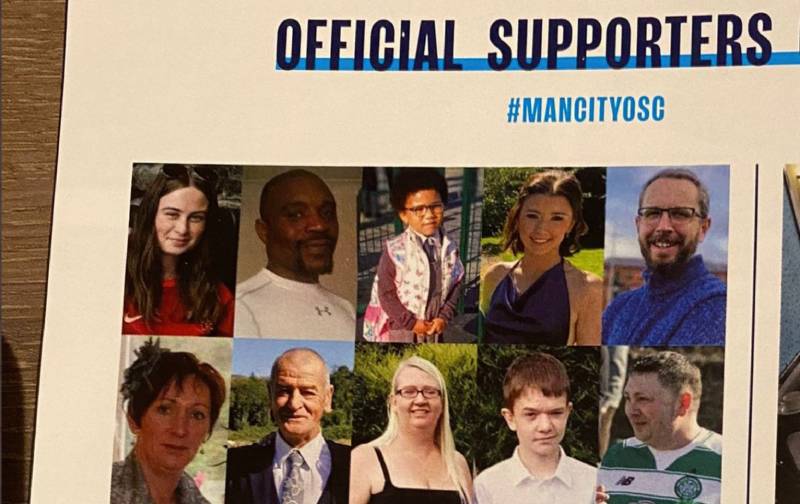 Manchester City paid tribute to the victims of the Creeslough Tragedy in their official match programme yesterday.

A page in the programme had the photographs of the ten victims who died after the explosion at the Applegreen  petrol station on the 7th October.

And the football club paid tribute on behalf of the Manchester City Supporters Club Donegal Branch in the match programme for their game against Brighton, saying:

“The members of the Donegal Branch were shocked and saddened by the events in Creelough in our beautiful County of Donegal on Friday, October 7, when a tragic accident resulted in the deaths of 10 people in the village, including three children, the youngest of which was a little 5-year-old girl.

“A dark cloud hangs over Donegal and an area that will take a long time to heal from the events of that fateful afternoon.

“To all the families and friends of those bereaved we send our deepest condolences. Ar dheis Dé go raibh a n-anamacha.”

Small tribute to the victims of the Creeslough tragedy which appeared in today’s match programme for the game between @ManCity and @OfficialBHAFC #Creeslough pic.twitter.com/eACj3Dr8dy