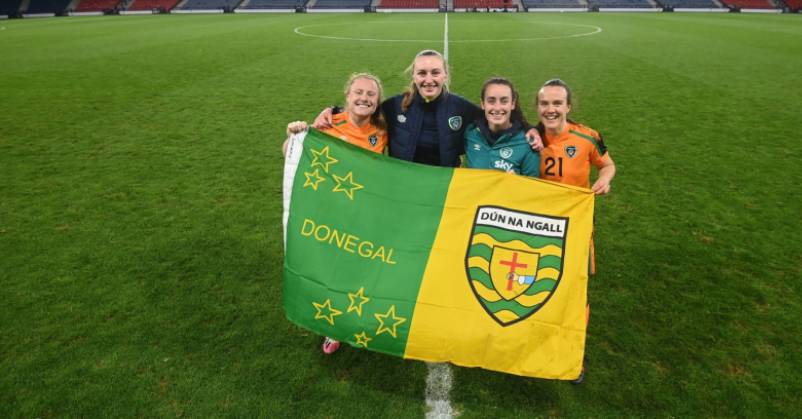 The Republic of Ireland Women’s team have learned their kick-off dates and times for the 2023 Women’s World Cup in Australia and New Zealand.

The Vera Pauw managed side found out their group on Saturday, being paired with co-hosts Australia, Canada, and Nigeria.

Milford’s own Amber Barrett scored the decisive goal at Hampden Park to win 1-0 against Scotland after Caroline Weir missed a penalty for the home side.

Letterkenny’s Ciara Grant, who scored her first goal for Hearts in the Scottish Women’s Premier League in a 3-0 win against Aberdeen, was also in the squad, as was Roma McLaughlin who scored from the penalty spot last night as CCSU Blue Devils drew 1-1 to guarantee them a semi-final spot in the upcoming NEC Tournament.

Ireland will begin their campaign against the co-hosts at the Sydney Football Stadium on the 20th of July, 10am Irish time before travelling to Perth to take on Canada on the 26th of July at 1pm Irish time.

Their last game is in Brisbane against Nigeria on the 31st of July again at 11am Irish time.