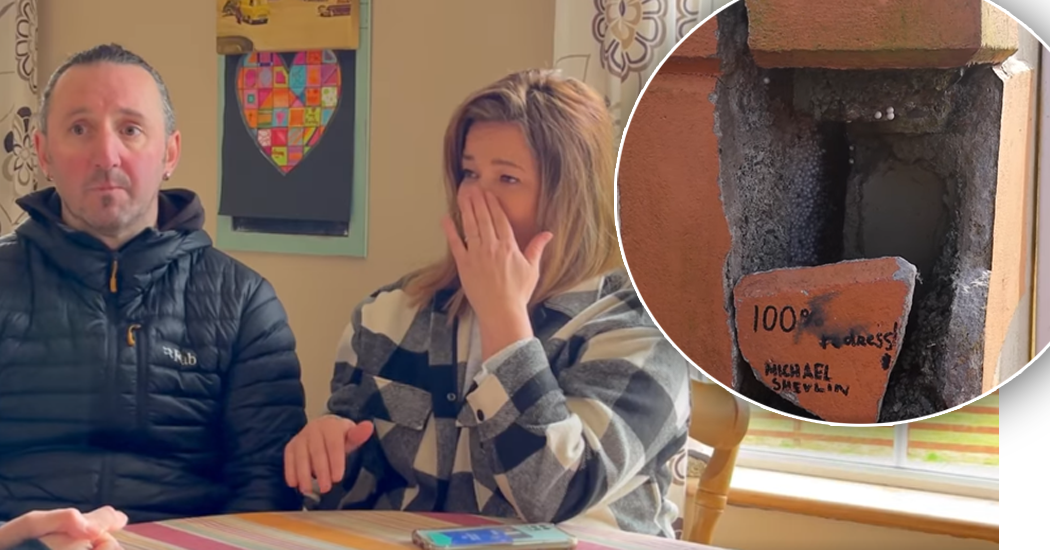 A young family in Letterkenny has had to leave their crumbling Mica home after years of fear and heartache.

Yvonne and Michael Shevlin bought their apartment in 2007 with the aim of buying a house in the future, but those plans were left in tatters when the cracks started to appear five years later.

The family home has deteriorated rapidly to a shell of crumbling blocks and wide cracks. It is now described as uninhabitable.

They moved out last month out of fear for their children’s health and safety.

And three years on the Mica Redress Scheme has gotten them nowhere. They started on the scheme in 2019. Three years later, they have just passed stage one.

“It is soul-destroying when you are going back and forth and getting nowhere,” Yvonne said. “You are just banging your head off a brick wall to move forward in this scheme.”

“We are asking our local authority for help, our government for help, nobody is coming back to us.”

“It’s beyond belief and here is us with our two kids in this house, stuck with nowhere to go. Nobody to help.” 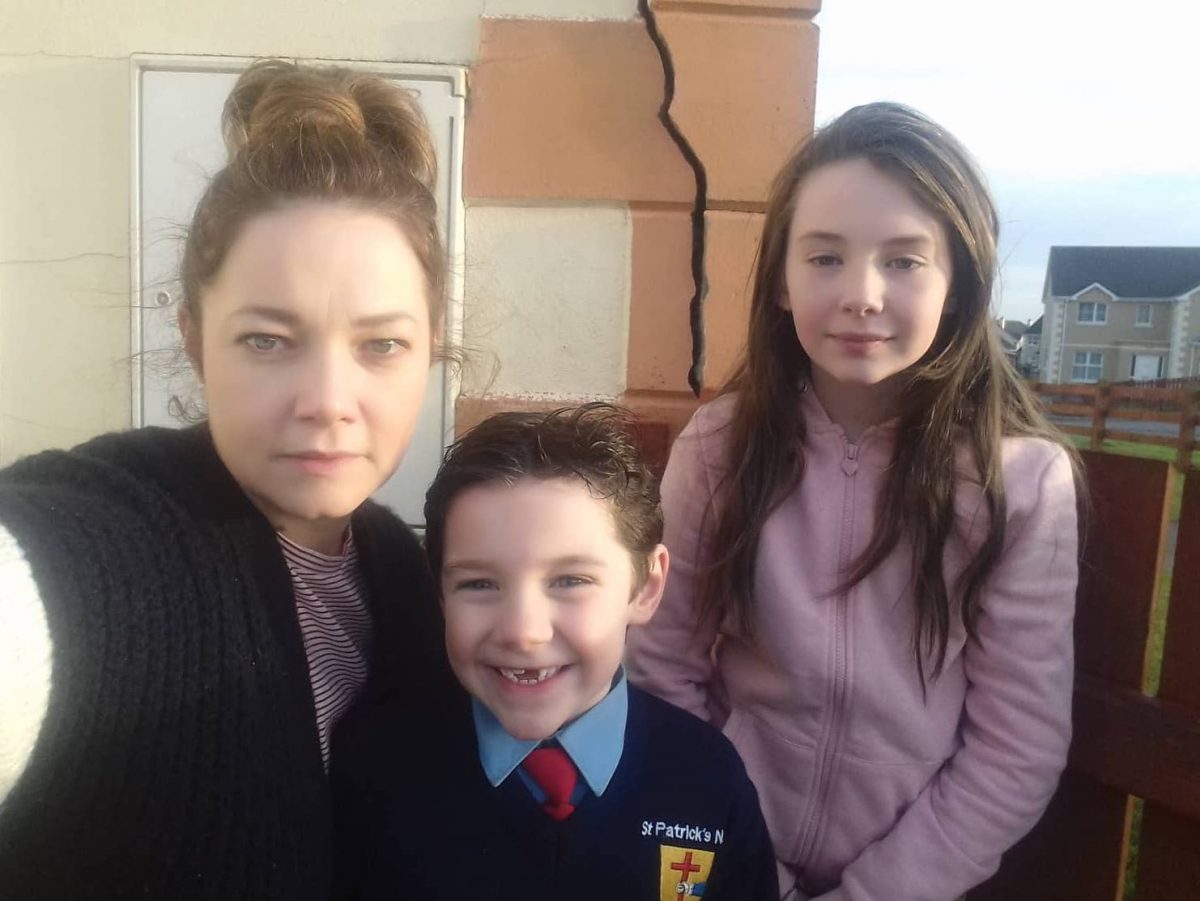 Yvonne Shevlin and her two children Sarah, and Michael Jnr

Yvonne and Michael shared their anger in a new video for the Mica Action Group, saying that they feel forgotten about, like many Mica families.

The expected start date for the revised Mica scheme has now been pushed back to February 2023.

“We all can see how the government can change any kind of decision overnight,” Yvonne said.

Yvonne said the dampness in the house has had a major effect on the family’s health too. Her husband Mickey and their son, Mickey Jnr, have asthma. Since they moved out two weeks ago, they said their son hasn’t needed to use his inhaler.

“If this house had of fallen on top of us, we still wouldn’t have got help, that’s how I feel,” Yvonne said.

Watch the video in full here: