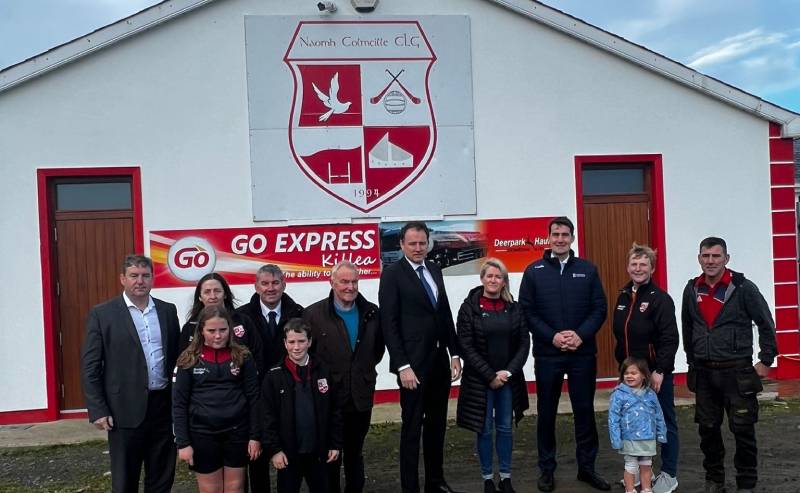 Naomh Colmcille CLG, Newtoncunningham received €50,000 as part of the funding to Donegal clubs from the Sports Capital allocation for 2022.

Donegal received the 6th highest allocation nationwide to support the development of sports and recreation facilities and the purchase of non-personal sports equipment throughout the country.

The club received €50,000 under the record breaking allocation of €5.64m to Donegal sports clubs in the Sports Capital allocation 2022. The funds will go towards improving the club’s grounds and facilities.

Charlie McConalogue was joined by his colleague, Minister of State for Sport Jack Chambers TD and Cllr Paul Canning to meet with Naomh Colmcille CLG, Newtowncunningham, and to see the ongoing development of their grounds.

Commenting, Minister McConalogue said “I was delighted to bring Minister Chambers to the club to meet some club members and to see the great work already ongoing for enhancements to the club grounds and facilities.

“The plans for the grounds are community-focused and I commend the cathaoirleach Priscilla Dolan, the board and club members for the work they do for Newtowncunningham. We were joined by Senator Niall Blaney and local councillor Paul Canning.”