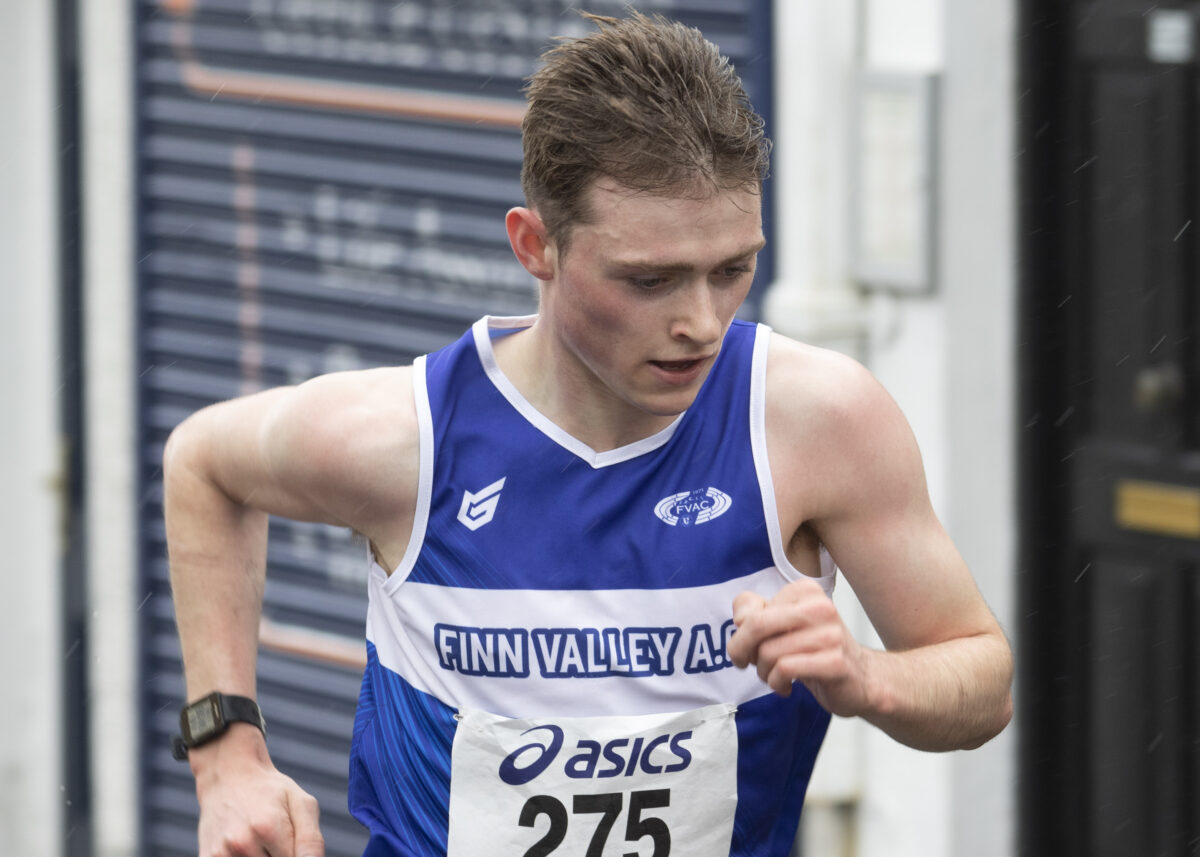 Sean McGinley took another win yesterday when competing at the Leinster Cross Country Championships in Dundalk.

The Finn Valley AC man has now won in back to back weekends, following his Junior Mens success last weekend at the Autumn Open International Cross Country Festival in Abbotstown.

McGinley won the combined Junior and Under-18 race from Billy Coogan of Kilkenny City Harriers, with Jack Fenlon of St. Abbans AC in third.

Donal Farren of Letterkenny AC claimed the Senior men’s title on home soil, finishing ahead of club mate Mark Greenan, while John Joe Doherty of Finn Valley was in third.

In the Senior women’s, Noeleen Scanlan was the winner from Leoni Cooke of Finn Valley in 2nd, and Helen McCready of Rosses AC 3rd.