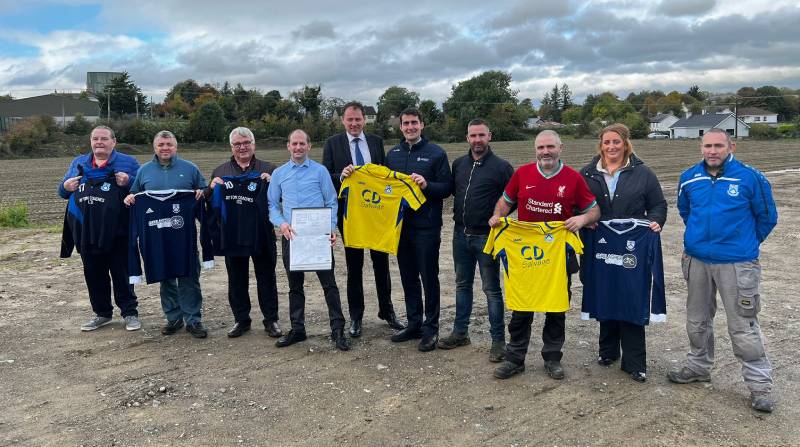 Deele Harps FC were pictured with ministers at the site of their first dedicated grounds which they received over €100,000 worth of funding to build on.

The club was founded in 1980 and is based in Ballindrait and has never had its own pitch and through the great work of the board and volunteers led by the late Martin Duffy and supported by Cllr Gerry Crawford, they secured funding of €108,500 in Sports Capital allocation 2022 to develop the club’s dedicated pitch and grounds.

Commenting on the meeting, Minister McConalogue said “At the invitation of Cllr Crawford, Minister Chambers and I met with Deele Harps FC on the site of their new pitch and grounds.

“It is fantastic to see Sports Capital funding being used to benefit local communities in rural Ireland and I was delighted to see the work already underway for the club’s new pitch and grounds. Congratulations to all involved with the club and in particular to the late Martin Duffy for his great work with the club and community.”