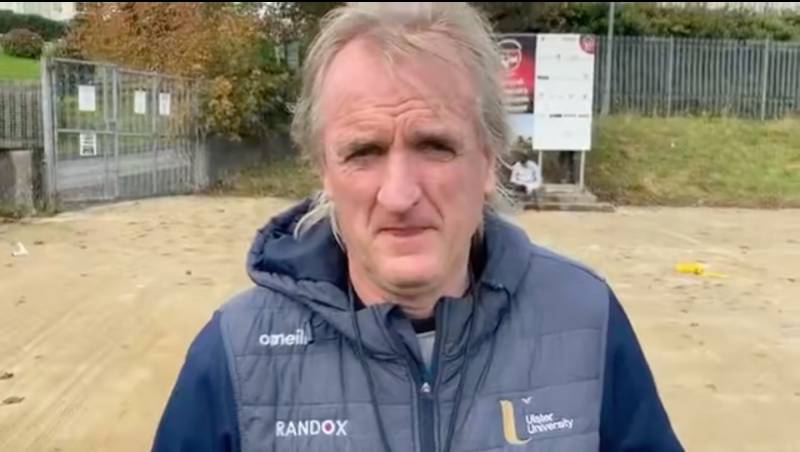 Horgan admits Harps are ‘hanging on by a thread’

Ollie Horgan admits Finn Harps are hanging on by a thread as they need a result against UCD on Friday in their last home game of the season.

Finn Harps are three points behind The Students at the bottom of the table, but a win would take them ahead of tomorrow nights opponents.

Two wins in the remaining two games would guarantee the relegation play-off spot, but Horgan knows that is easier said than done.

“We’ve barely got two wins all year and certainly not two in a row,” Horgan said.

“We’d love to be able to take it to the last game of the season but if we don’t get a result on Friday night that won’t keep it going til then. But we’re not gone yet, we’re hanging on by a thread.”

“It’s up to us whether we can go and muster up a performance and see can we take it to the last day of the season. Let’s hope it’s still alive come Monday.”

Harps thought they had a win on Friday night against Bohemians when they came from behind to go 2-1 up, but a mistake from James McKeown allowed Declan McDaid in to tap into an open net in the 90th minute.

“Mistakes cost us on Friday night. However, we did show a lot of character in going a goal down that we hadn’t shown in other games.

“If we can’t win at home this Friday night then we don’t deserve to stay in the Division.”

Horgan admits Harps are ‘hanging on by a thread’ was last modified: October 27th, 2022 by Staff Writer
FacebookTweetLinkedInPrint