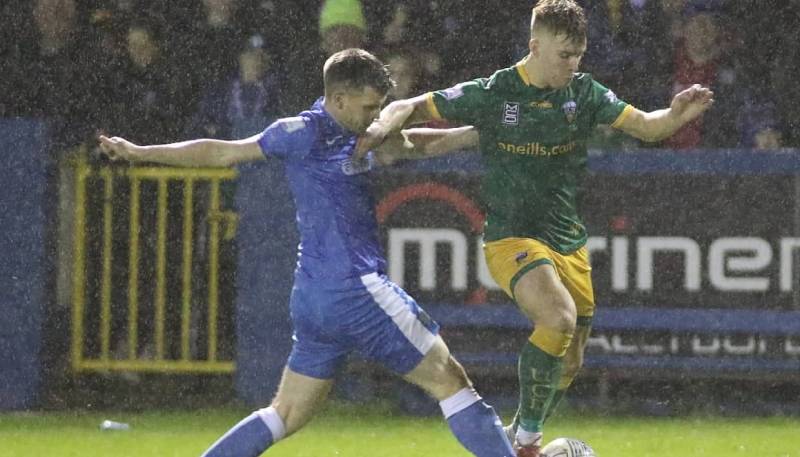 Finn Harps were relegated to the First Division after four years in the top flight as they lost 3-1 to UCD at Finn Park.

Conor Tourish gave Finn Harps the lead just inside the first half an hour but within a minute, UCD levelled when Mark Dignam’s strike from 30 yards went over James McKeown and into the net.

Tommy Lonergan scored with a great strike from outside the box and five minutes later a Lonergan penalty was the killer blow for the Ballybofey side as it gave UCD a 3-1 lead with ten minutes to go.

Harps fought to get back into the game but UCD held on to secure the relegation play-off spot as they move six points ahead of Finn Harps with one game remaining. 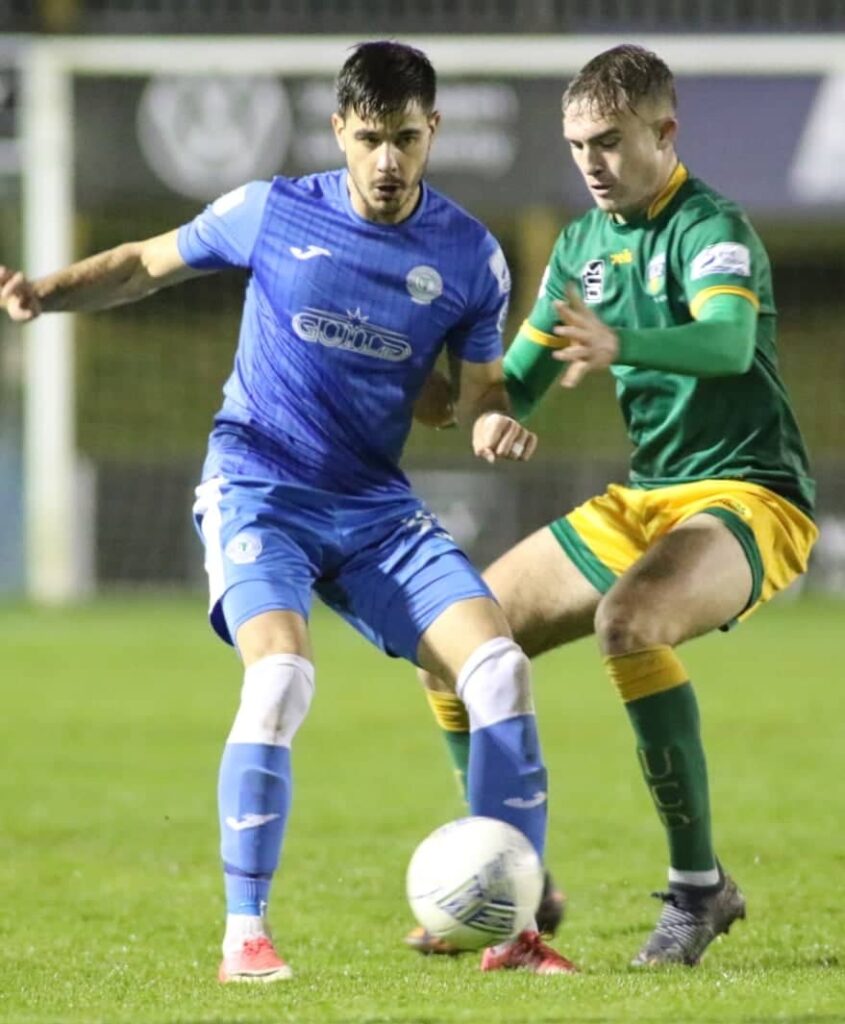 Finn Harps went into this game knowing they needed a win to go into the final game with it in their own hands, while a loss would have ensured they were relegated tonight.

And Ollie Horgan made one change from the draw away to Bohemians, with Jaime Siaj coming in for Dylan Duncan. 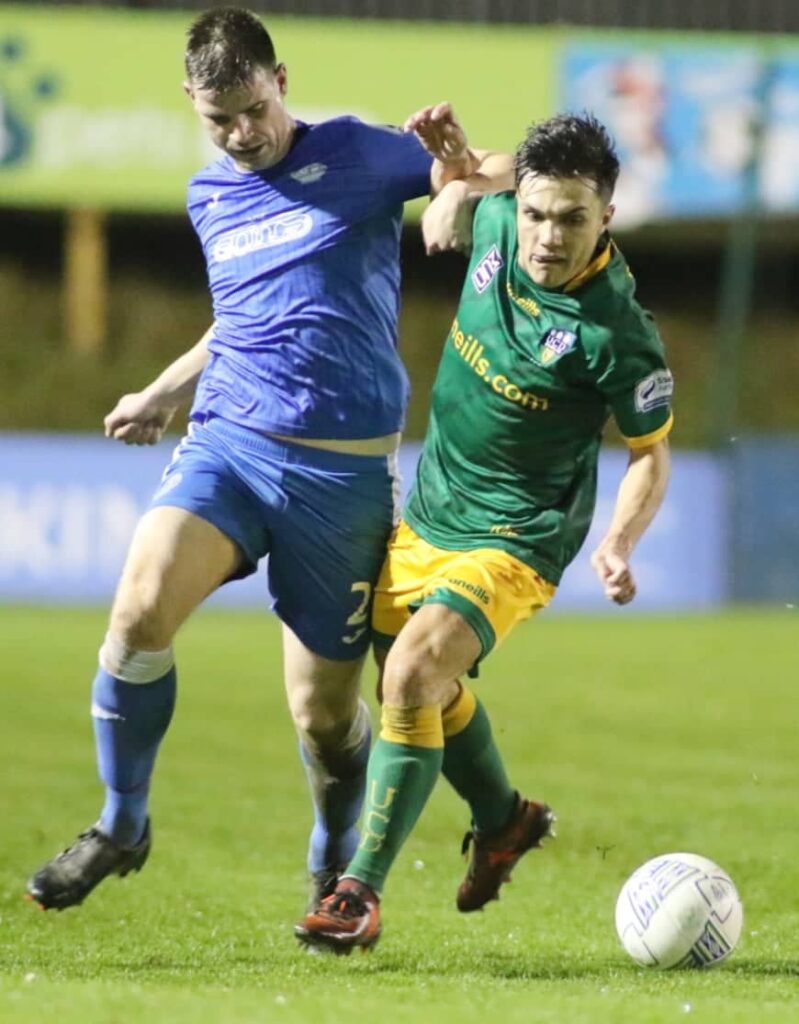 Gallagher was one of two ex Harps men in the side as Sam Todd started centre back, while Donegal Town man and UCD captain Jack Keaney made it three Donegal men in the visitors starting line-up.

And Keaney paid a touching tribute on behalf of his side as he presented Harps captain Barry McNamee with a wreath to remember those who lost their lives in the Creeslough Tragedy.

UCD began quicker with Keaney forcing McKeown into a save that he caught at the second attempt.

Sean Brennan took a shot on from distance which shot wide but after a great ball in from Gallagher to the back post, Ethan Boyle slipped and Dara Keane had a massive chance to score but he fired just wide. 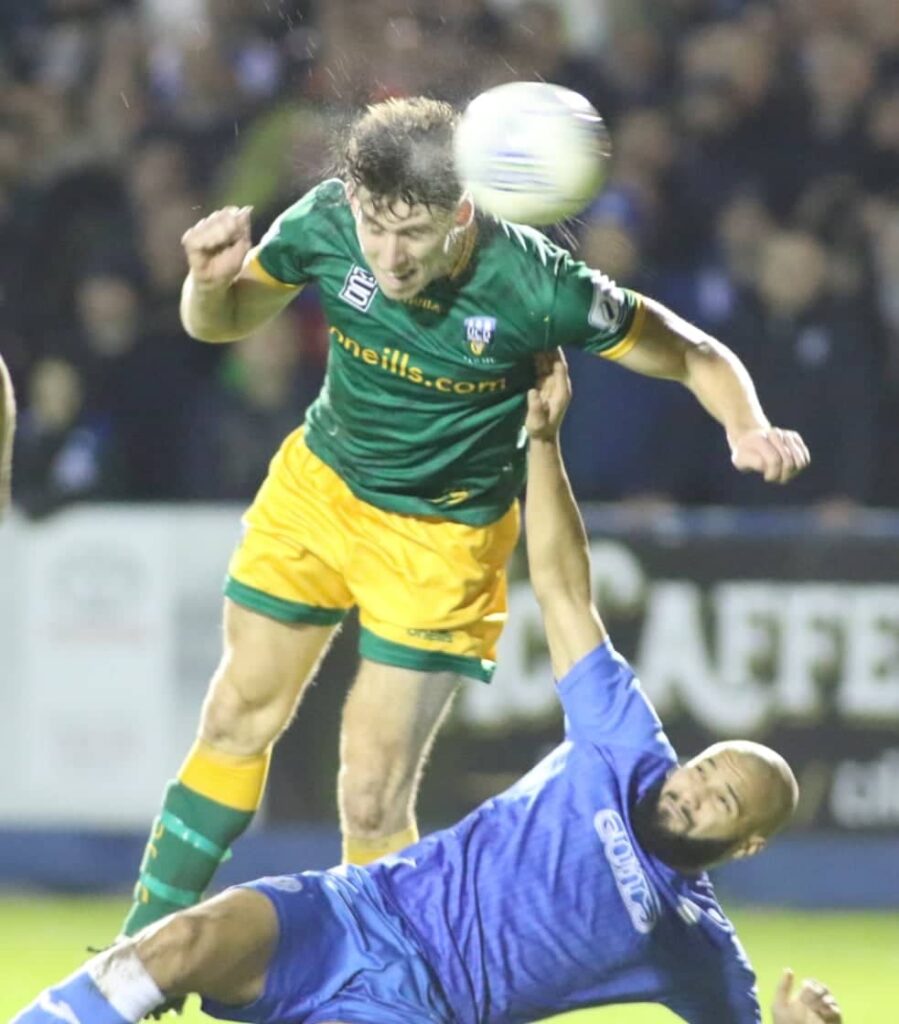 Harps then went close with a trademark Boyle long throw which found a UCD head but it fell to the back post and Filip Mihaljević slid in and hit the post.

And moments later Harps were ahead when Donelon’s free kick was floated high into the box and Tourish was once again clinical, heading into the ground and past Kian Moore to delight the 2,011 people in attendance in Ballybofey.

But they instantly were hit back at when within half a minute of the restart, a ball came into Mark Dignam and he fired from 30 yards with the ball moving in the air and going over the head of James McKeown. 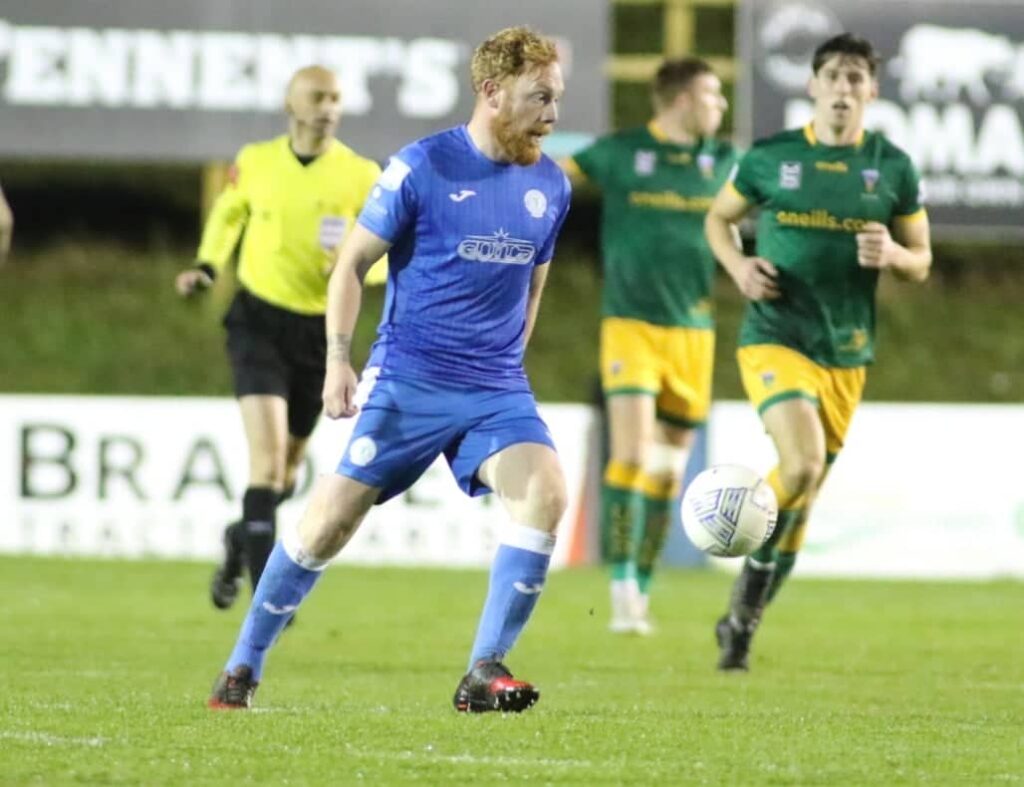 And it was the home side who came out knowing what was at stake, and Boylan’s in-swinging cross almost caught out Moore who had to save with his feet to keep it out. 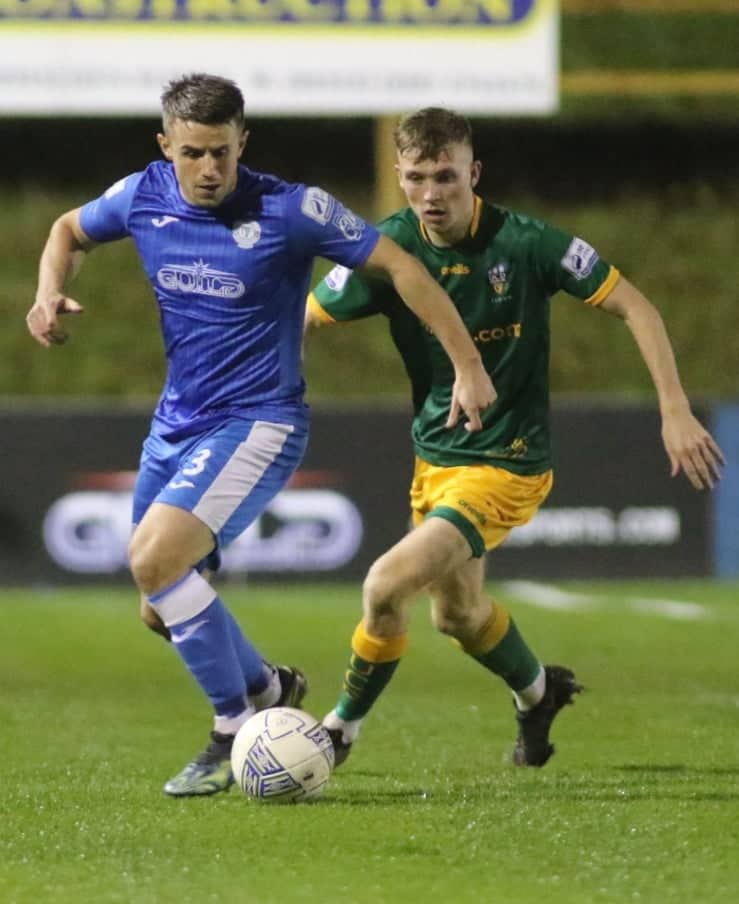 But it was Keane again who was at the heart of the Student’s play and he passed to Lonergan on the left hand side, who cut inside Boyle and fired low into the far corner of the net to make it 2-1 on 73 minutes.

And five minutes later Tourish blocked a cross into the box but referee Neil Doyle pointed to the spot, much to the anger of the Finn Harps players and management.

Lonergan stepped up and fired down the middle to give Harps a mountain to climb with 10 minutes remaining. 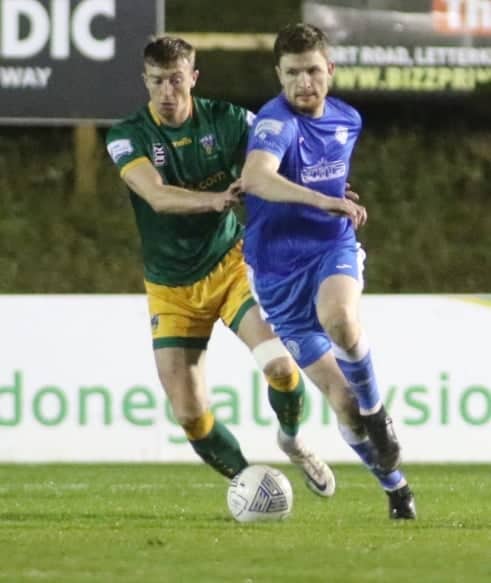 Harps pressed and Gallagher did brilliant to clear off the line while Tourish headed just over, before Rainey was inches off finding the back of the net with a shot outside the box.

Shaun O’Donnell went down in the box but no penalty was awarded while Kian Moore was equal to Mihaljević’s shot and made a great save from a Slevin strike.

But it wasn’t to be for Finn Harps, with the fixtures against UCD proving vital this season, UCD winning three and drawing the other. 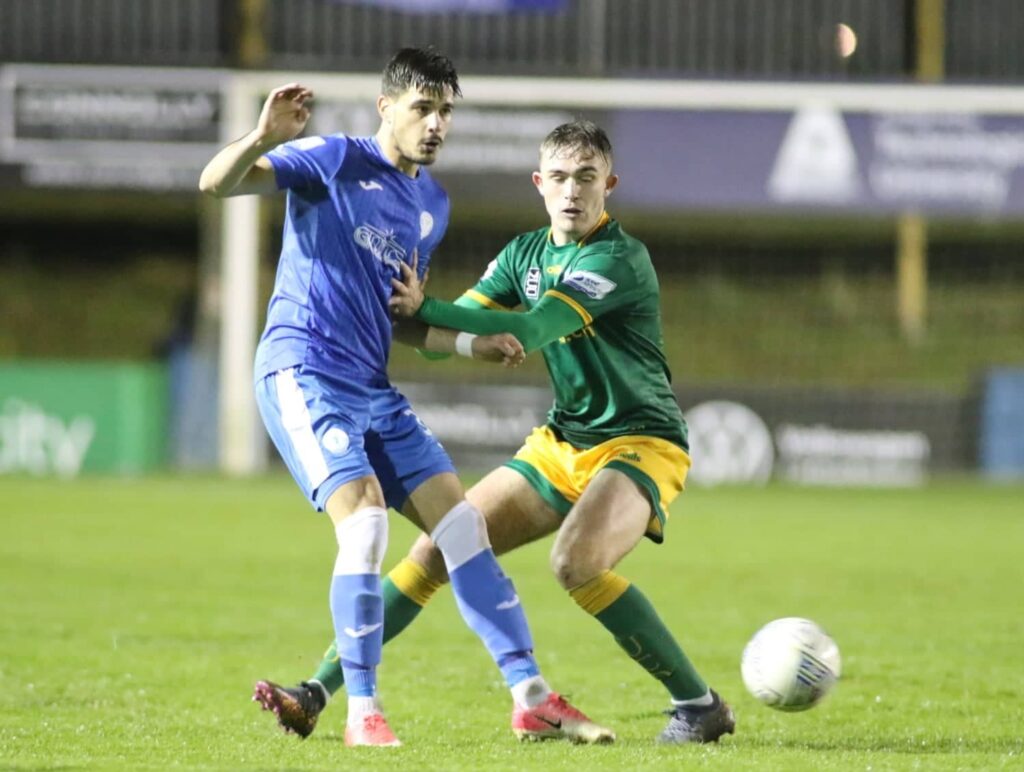