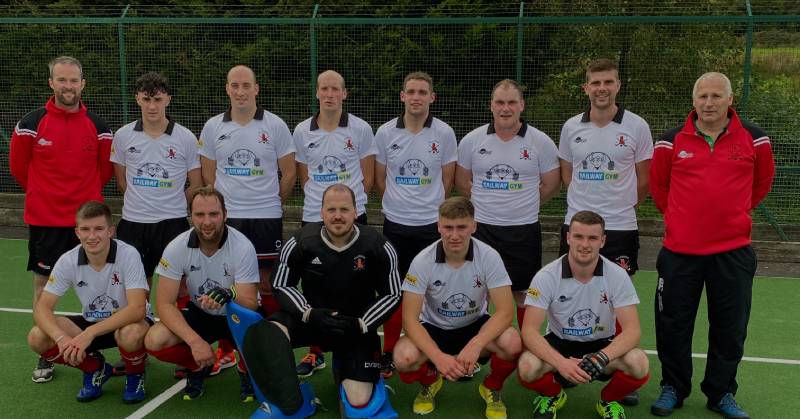 Raphoe’s 1st XI remained unbeaten as they welcomed Saintfield to Raphoe on Saturday.

A very poor start from Raphoe saw them fall behind within 30 seconds when a poor clearance fell to a Saintfield player and his shot came off the foot of Alan Meehan and some how made it past David Moore in the Raphoe goal.

Raphoe got back into the game within a few minutes. Matthew Lecky finishing off a well practised penalty corner routine.

Raphoe soon took the lead as Simon Goudie produced a fine drag flick finish from another penalty corner to make it 2-1. Great work from young Oom Lapsley who won the penalty corner.

Raphoe soon found a third before halftime when captain, Evan Lyttle, ran from half way line to find Oom in the circle and he assisted Jonny Long who wrong footed the keeper to slot away at the near post for his first league goal of the season.

Saintfield pulled a goal back after halftime but this was again cancelled out by a fine team goal from Raphoe.

A goal which consisted of 24 passes before Keith Meehan & Sam McKnight combined to release James Wilson in the circle to lay it off to Matthew Lecky to finish with a thunderous shot down the middle for his second and Raphoes fourth.

A poor performance in miserable conditions but a win nonetheless.

Raphoe will be hoping for a much improved performance next week in the Irish Hockey Trophy against early premier league leaders Bangor.