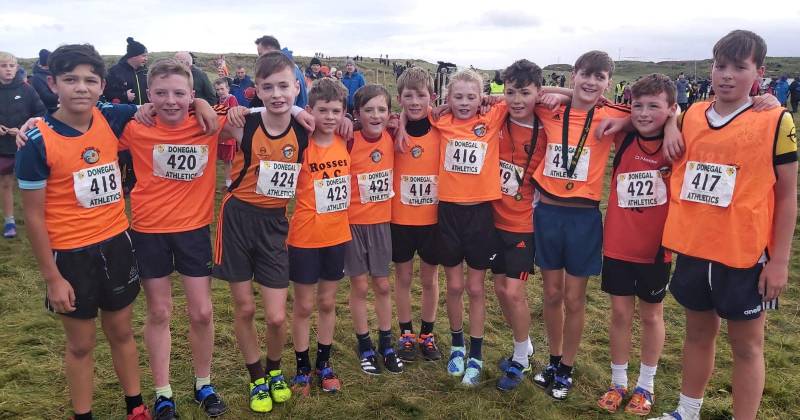 A busy weekend past with the club hosting the Donegal Juvenile Championships at the spectacular Mullaghderg as well as a large contingent of local and club athletes who took on the Dublin Marathon.

Firstly huge, huge thanks on behalf of the club to all who volunteered their time and left the 300+ athletes who were competing and over 500+ people watching the racing, a great experience of what our club and area has to offer.

Special thanks to Naomh Muire GAA club for allowing us to use their facilities and volunteers from the club especially for the parking.

A word of thanks to Sk hire (Stephen keys of Lettermacaward) and Irish Pressings for providing generators. And without the use of the ground at Mullaghderg we would not be able to do anything!

On the running front the juveniles did not disappoint and there was large number of Rosses athletes in all races and there was super running and results for Rosses AC with 5 teams securing team medals. 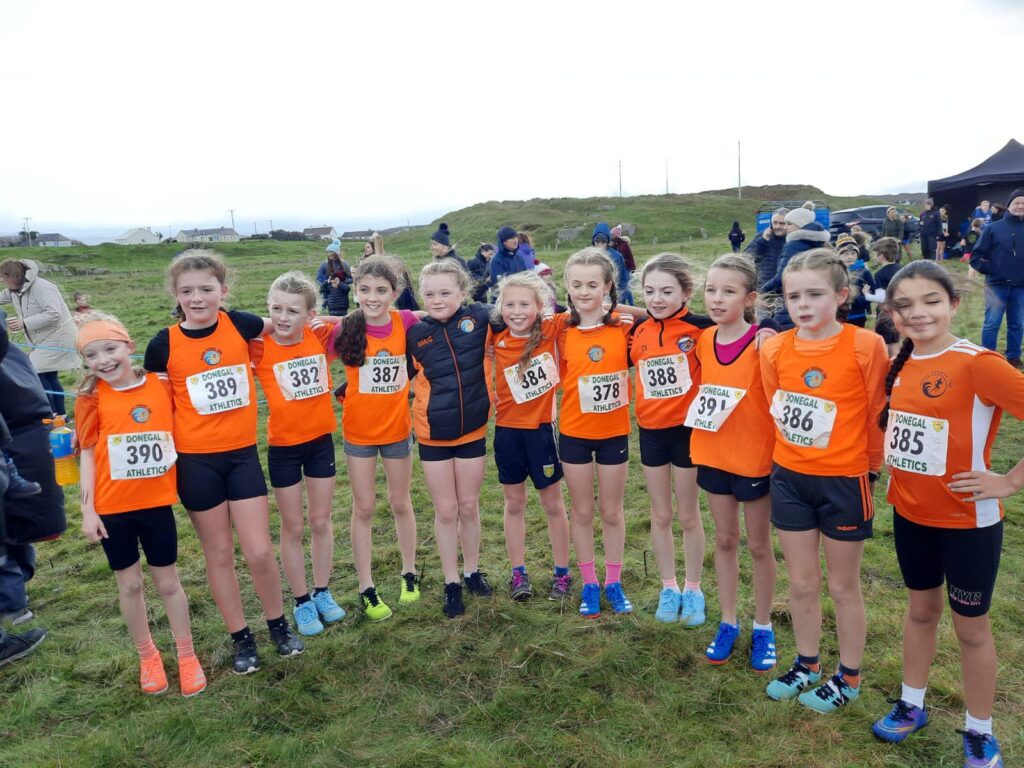 Rosses AC u11 girls who won silver at the county championships 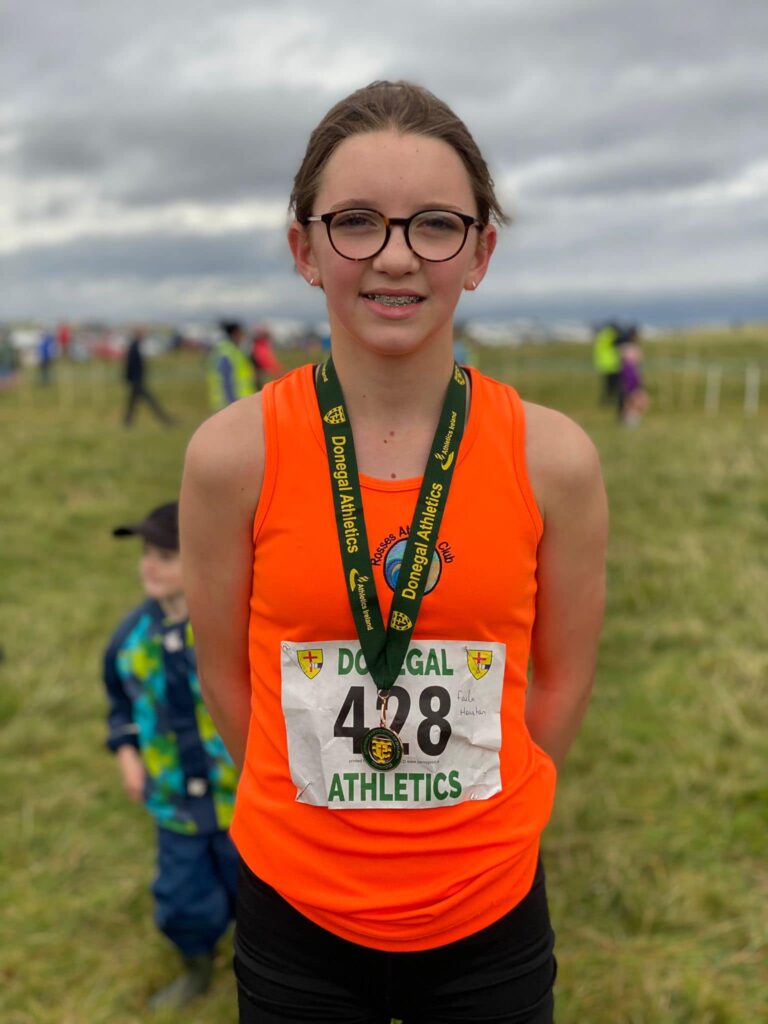 Then it was on Sunday and a huge well done to all our club and local athletes who took on the challenge of the Dublin Marathon.

Many months, days and hours of dedication and commitment has gone into getting to this day and doing a marathon should never be underestimated.

The theme of this year was the power of support and that was more than evident as tens of thousands lined the streets of Dublin in support to create a truly epic atmosphere leaving all participants feeling like international athletes.

Many club members and other locals took part that we would like to recognise their achievements, but it is hard so if we missed anybody – apologies. Noel Diver was the first from the club back in an incredible 2:47.

A big group of men who train hard around Dungloe and Gweedore were not far behind with Fergal McGee 2:56, next Manus McHugh 2:57, the running machine Patrick Trimble was 2:57, the flying doctor Edward Harkin enjoying his running comeback this year 2:57, club captain and coach to many Charlie Postie 2:58.

Paul McKelvey had a superb run knocking 5 minutes off his PB and paced it beautifully running 3 hrs 8 seconds. Brian mc bride had a flyer 3:02. Eamonn Mc Gee had another great marathon running 3:09.

Our first lady back was the ever improving hard working Martina Mulhern smashing her PB and over 41 mins quicker than her last time around this course running 3:16 for 25th in her category. Supported strongly by partner Keith O’Connell who finished in 3:17.

Denis Boner capped a fine year with another great run also finishing in 3:17. Ronan Harper had a very strong run finishing in a PB of 3:19.

Gavin Ward was next home in a fine time of 3:28, Conor day got her done in 3:30, Brendan McBride admitted like most of us that the last part of the race was a real challenge and still finished in a great 3:31.

Next in close together were 2 tough men and training partners Seamus Ferry again proving his toughness in 3:42 and Norman McClean raising funds for MS Ireland doing them proud in 3:43.

Training partners and close friends Claire O Donnell and Rachel harper had great first marathons running 4:20. Geraldine Boyle had a good day running 4:23. Not far behind was the Veronica McLoone with another great performance 4:26.

Celine O’Gara had another Fantastic run in 4:29. Delighted to see a man who has fought back from injuries Noel Boyd bag another Mara medal in 4:30.

Brid Greer done herself proud completing her first marathon in 4:43. Eddie McFadden was full of enthusiasm and smiles breaking the 5 hours in 4:59 in his first marathon.

A very tough cookie and fine supporter of running in Falcarragh Grace Marie McFadden finished another marathon in 5:31. Paul Doohan running for a charity close to his heart completed the long haul too in just over 6 hours.

The 54th AGM of the Donegal Athletics Board was held in the Finn Valley Centre on Monday 24th October 2022 and the club would like to congratulate Director of Finance: Michael McElroy; Rosses AC and Director of Coaching: Michael Logue; Rosses AC.

We wish them all good luck and another successful year of athletics in the county. Next up this weekend is the Ulster Novice and Ulster Uneven age group hosted by Finn Valley.