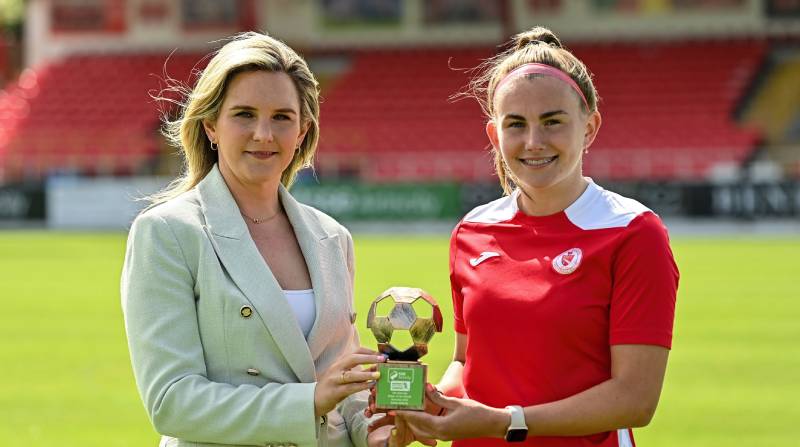 Emma Doherty has been nominated for the Women’s National League Young Player of the Year Award.

The Buncrana native scored 11 goals in 25 appearances for Sligo Rovers in both her and the club’s debut season in the Women’s National League.

The 18-year-old Doherty finished as top scorer for Sligo Rovers, who finished 8th while she also won the Women’s National League Player of the Month for June/July this year and signed a long term deal with Sligo through a scholarship with Atlantic Technological University.

Doherty is one of three players up for the award, along with Athlone Town’s Muireann Devaney and Shelbourne’s Jessie Stapleton.

Stapleton’s Shelbourne won the league this year, with the young Reds player scoring eight times this season, many of them coming from the penalty spot.

And Devaney helped her Athlone side finish second in the league, just two points behind Shelbourne.

Meanwhile, Doherty’s manager Steve Feeney has been nominated for Manager of the Year along with former Finn Harps and Derry manager Noel King, who led Shelbourne to the title.

The winners will be announced on the 24th November.