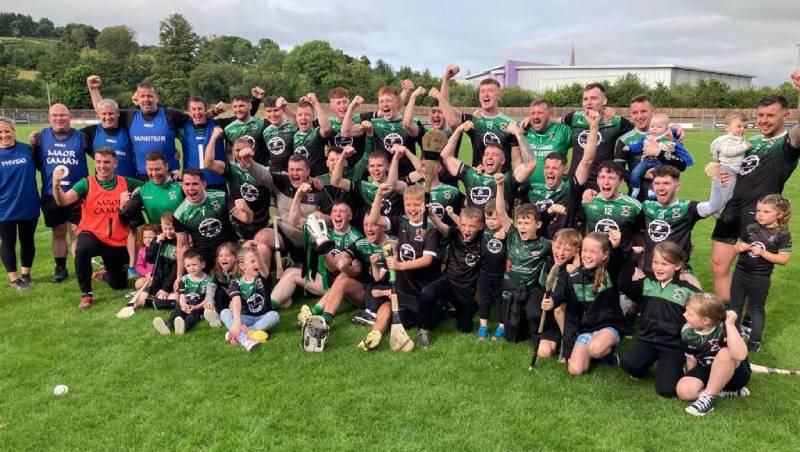 Setanta come from behind to reach Ulster semi-finals

Setanta made it into the semi-final of the Ulster Junior Hurling Championship with a two point win over Eoghan Ruadh in O’Donnell Park.

It may have been a case of lack of competitive matches for the Donegal side in the early stages as the Tyrone Champions took an early lead and were 0-4 to 0-0 ahead after 10 minutes, Branan Molloy, Rory Weir, Mark McCann and Cain Ferguson with the early points for the visitors.

Setanta defeated Burt in the Donegal final at the end of July and have had 14 weeks of waiting for this game.

Conor McGettigan got Setanta off the mark, while Oisin Marley got his first score of the game.

Flynn had a great goal chance hit the side netting and from the restart Mark McCann fired into the back of the net after good play from Cain Ferguson which had the Dungannon men 1-5 to 0-2 up after 17 minutes, captain Lorcan Devlin with the other score.

Come half-time there was just the goal in it as Declan Coulter’s first point and free was followed up by points from Ruairi Campbell, Oisin Marley and Gerard Gilmore.

Eoghan Ruadh posted just one score in that period, from Sean Paul McKernan as they went in 1-6 to 0-6 ahead.

But ten minutes into the second half, Setanta would have the score and man advantage.

First, Coulter fired a free over and Stephen Donnelly was given a red card as the Tyrone side were reduced to 14 men.

Moments later, a mistake from Eoghan Ruadh ‘keeper John Devlin allowed Davin Flynn to capitalise and fire the sliotar into the back of the net, giving Setanta the lead.

Substitute Sean Ward pointed quickly after coming on but Branan Molloy’s goal had the 14-men ahead again at 1-8 to 2-6.

Another Flynn point had Setanta level and Coulter’s second point gave them the lead before being pegged back again.

Declan Coulter’s fifth and final point of the game was again matched by the Tyrone team but Bernard Lafferty and Josh McGee Cronolly’s scores gave Setanta a bit of breathing space.

And Davin Flynn’s final score of the match left it 1-16 to 2-11 as Setanta advance to the semi-finals where they will play Na Magha next Sunday after they beat Warrenpoint 4-18 to 1-12.