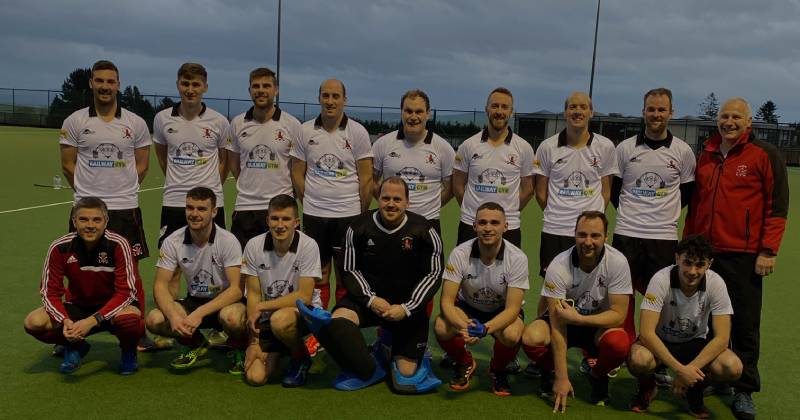 Raphoe welcomed the PSNI to the royal & prior school grounds this Saturday which turned out to be a fantastic game for the neutral.

Raphoe took the lead in the first quarter, Matthew Lecky on the score sheet as ever, a fine finish from a penalty corner routine.

James Wilson restored Raphoes lead with a superb finish in off the crossbar, 1st half ending 2-1 to Raphoe.

Flood gates looked to be opening then for Raphoe as they had numerous chances to score but could only manage the one goal in the third quarter, excellent individual composure from Lecky who then layed of Jake Watt to calmly slot home, 3-1 heading into the final quarter and what a quarter it was.

PSNI made it 3-2 with 10 minutes remaining before Goudie struck the post for Raphoe and Ian McGonigle, Sam McKnight & Lyttle had chances saved.

PSNI made them pay as they equalised from a penalty stroke with 5 minutes remaining, 3-3.

The game wasn’t finished yet as Raphoe again took the lead, a Raphoe penalty this time, converted by Keith Meehan, 4-3.

With only seconds remaining some poor defensive decisions resulted in PSNI equalising again. 4-4, final whistle sounded as the ball crossed the line.

The game was then decided with Penalty Run Ins, David Moore the hero as he saved 4 out of 5 to send Raphoe to their first cup final since 2017.