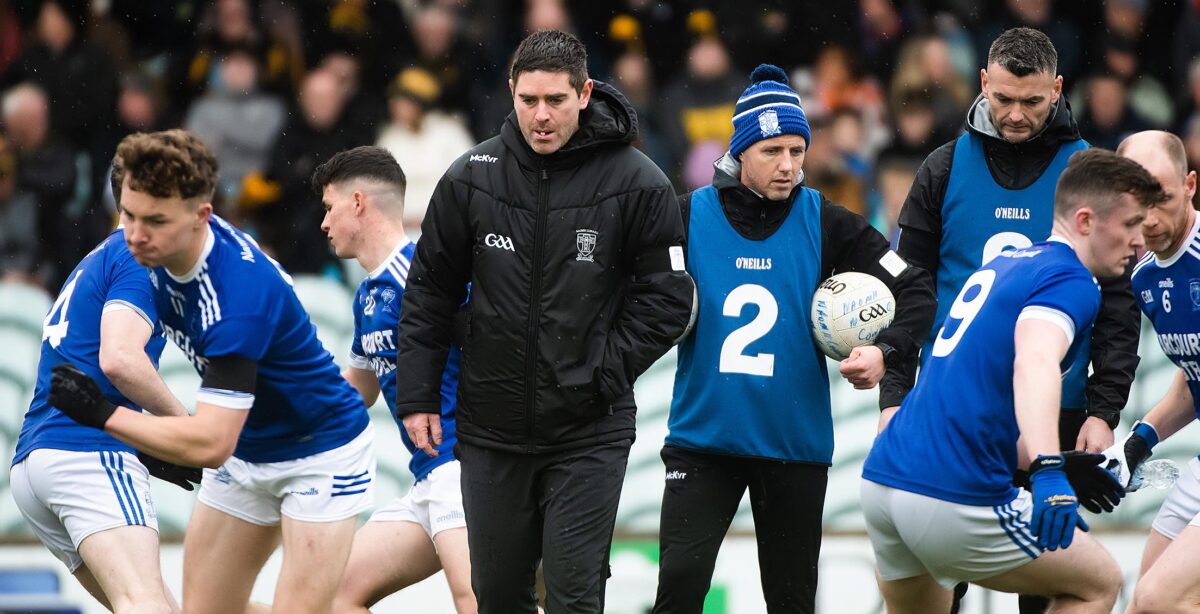 Heartbreak on penalties for Naomh Conaill in Ulster Championship

Naomh Conaill suffered penalty shootout heartbreak as they lost out in an epic encounter in the Ulster Senior Football Championship.

Naomh Conaill were pegged back with the last kick of the game twice in both normal time and extra-time before Cargin converted all four penalties, while Ciaran Thompson and Dermot Molloy had their kicks saved by John McNabb to advance to the semi-finals.

The Glenties men took a three point lead at half-time with the breeze in their favour but got pegged back to a point with Keelan McGill getting black carded.

John O’Malley’s goal gave the Donegal men a four point lead and they looked sure of the win in added time when three points ahead.

But a 45 played into the square was punched home by Pat Shivers to take the game to extra-time in Corrigan Park.

A Kieran Gallagher goal was cancelled out by one from Ciaran Close minutes later in extra time and despite MacCeallbhui giving Naomh Conaill the lead in added time of the second half, Cargin levelled again through Kevin McShane.

And the Antrim men prevailed from the spot kicks.

Naomh Conaill were without two key players from their Donegal Championship win in Brendan McDyer and Anthony Thompson.

Leo McLoone and Marty Boyle came in for them with just those two changes from their final win over St. Eunan’s four weeks ago.

Naomh Conaill had two early wides, one hitting the post, but Charles McGuinness’ free was the first score after 6 minutes.

Jeaic MacCeallbhui doubled the lead on 12 minutes with a great score from 40 metres but corner back Cahir Donnelly got Cargin off the mark a minute later.

But Kevin McGettigan stepped up with the captains influence as he slotted over from a tight angle.

Michael McCann brought it back to one point and it could have been a level game but Pat Shivers’ free hit the post.

Another great MacCeallbhui score, aided by the breeze, had Martin Regans men 0-4 to 0-2 ahead on 23 minutes.

Leo McLoone got his first point of the game right in front of the posts but Shivers did well as Cargin went long to leave two points in it again.

Ciaran Thompson’s free gave Naomh Conaill a three point lead but Cargin may have been the happier side having played against such a strong breeze in the first half.

But as Naomh Conaill won the throw-in, they went forward and won a free which McGuinness converted with ease.

Jamie Gribbin got Cargin’s first score of the second half nine minutes in and as Cargin quickly won the ball back, Shivers picked the ball up and scored to bring it to a two point game.

Tomas McCann then brought it back to a point but MacCeallbhui again with a brilliant score against the breeze gave the Donegal Champions a well needed score to restore their two point lead.

But as Keelan McGill was black carded with 11 minutes to go and the free was converted by John McNabb, it gave Naomh Conaill an uphill task.

But as they do in a flash at times, they got a massive goal from the kick out.

The ball was flicked on and came to Odhran Doherty and he passed to John O’Malley who feinted inside and fired into the top corner, 1-8 to 0-7.

A brilliant score from Shivers and a point from substitute Ciaran Close took the game back to two points with five minutes remaining and a great response from the Antrim side from the goal.

Cargin had another near miss and a great run from McCeallbhui to win a free gave Ciaran Thompson a chance from a free and he fired over brilliantly against the breeze to make it 1-9 to 0-9.

Cargin had a brilliant chance when a long ball was hit towards the goal and it hit off the post but they got their chance again a minute later.

As they won a 45, the ball came in and Pat Shivers was the man to get a hand to it and find the back of the net with the last play of the game to force extra-time.

The breeze had died down a bit in extra time but Dermot Molloy got Glenties ahead after 90 seconds of the first period.

And the next score came from substitute Kieran Gallagher after a great run from Eunan Doherty, who teed the ball up to  the man who was so important in the Donegal Senior B final win, and he rose highest to punch into the net.

Cargin looked to have got an instant reply to the goal when Close found Sean O’Neill who punched towards goal but Eunan Doherty was back at the other end to push it over for a point.

But again Cargin responded when O’Boyle picked up the ball, played it into Michael McCann and he teed it up for Ciaran Close to punch into the net and tie the game at 2-10 apiece at half-time.

With the breeze picking up again in Cargin’s favour, it wasn’t going to be easy for Naomh Conaill but MacCeallbhui put over his fourth impressive point, while Tomas McCann levelled.

Kieran Gallagher took a point with a goal chance but McCann levelled again for Cargin.

With a minute to go, McNabb missed a free for Cargin and Ethan O’Donnell and Dermot Molloy did brilliant to find MacCeallbhui to point in added time.

Cargin had one last chance and they took it as McShane pointed brilliantly to take it to penalties.

And Cargin converted all four penalties through Michael McCann, Tomas McCann, Pat Shivers and Cahir Donnelly, while Charles McGuinness scored for Naomh Conaill but Ciaran Thompson and Dermot Molloy had their kicks saved by John McNabb.

Cargin will face Enniskillen Gaels in the semi-final, who also won on penalties last night against Gowna.