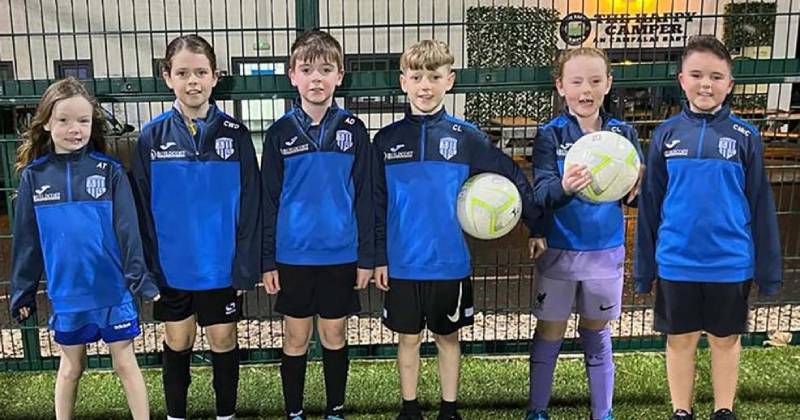 Youngsters from two football clubs in the Creeslough area will be the mascots on Thursday night as the Republic of Ireland take on Norway in the Aviva Stadium.

A great gesture from the FAI, a select bunch of children have been chosen from Dunfanaghy Youths and Glenree United.

The two clubs were impacted badly by the tragic events that occurred on Friday 7th October after an explosion at the Applegreen service station.

The six lucky players from Dunfanaghy Youths who have been picked as mascots for the Ireland Norway match are pictured above and are: Aisling Toner, Clara Ward Duffy Anthony Dawson, Riley Sweeney, Caoimhe Langan and Cian McCaul.

Players from Creeslough clubs to walk out at Aviva Stadium as mascots was last modified: November 13th, 2022 by Staff Writer
FacebookTweetLinkedInPrint