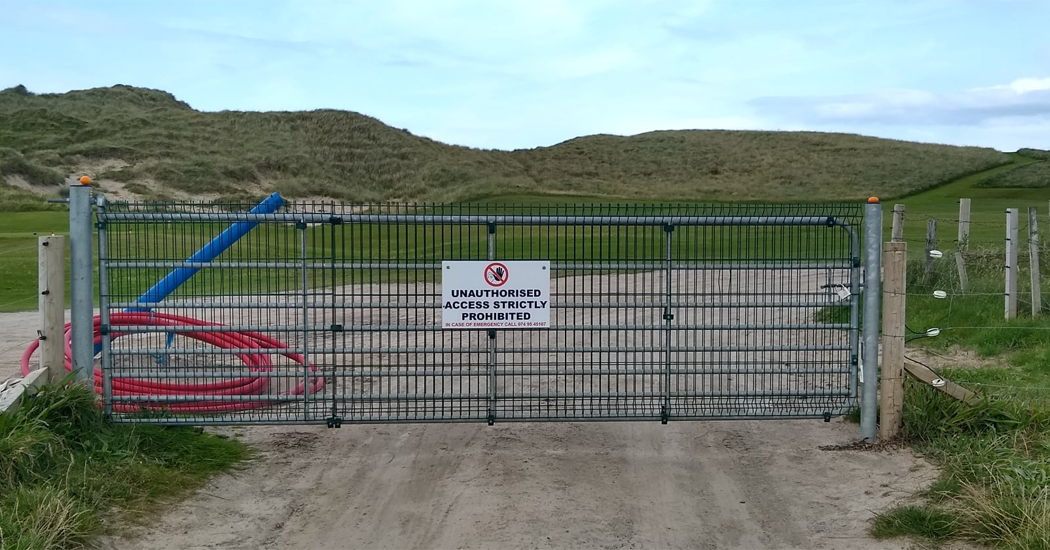 A community campaign group is calling for right of way access to be restored to Castlegoland beach this weekend ahead of a local man’s funeral.

Mr John Moore (Snr), of The Glebe, Clooney passed away this week in his 95th year.

He was a steadfast campaigner with the ‘Save Our Beach at Castlegoland Action Group’ which is calling for a Public Right of Way to be restored after it was blocked by the owners of the Narin and Portnoo Golf Links in 2019.

Mr Moore’s homeland adjoins the golf course and his last wish was for his funeral cortège to drive via Castlegoland beach to St Conal’s Church tomorrow, Saturday.

Brónagh Heverin, Chair of the Action Group, says that John’s living memory was always of being able to exercise the right of way without any difficulty.  “He was always there at protests, he was very rightly upset and angry,” Ms Heverin said.

A locked steel gate remains at the entrance to the pathway once used by local people to walk from Narin to Castlegoland. The gate was erected by the new owners of Narin and Portnoo Golf Club, Knather Acquisitions, on health and safety grounds. 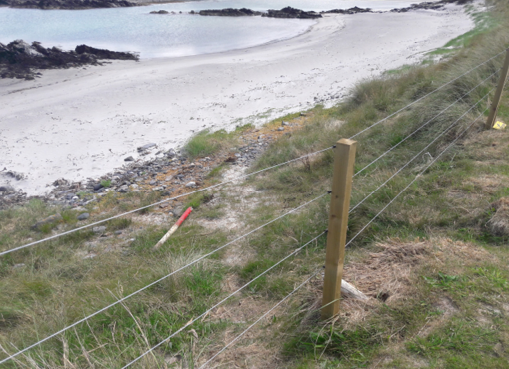 The ‘Save Our Beach’ group has today added extra urgency to their call for the gate to be opened in time for Mr Moore’s funeral. However, they said their attempts to contact the company owners and the golf club have been unsuccessful.

The group states that the Public Right of Way to the beach was first recorded in a land sale deed of 1867 and had been used by the community for more than 150 years up to three years ago.

In October, co-owner of Knather Acquisitions Liam McDevitt applied to Donegal County Council for retention permission for existing boundary fencing in the north west corner of the course. The report said that the fencing was for health and safety, ecological management practices of the dunes and insurance requirements. The report also noted that the fencing is being “continuously vandalised”. The planning application, which includes other works, was declared incomplete by Donegal County Council on Tuesday of this week.

Mr Moore’s obituary notice reads: His remains will be reposing at Shovlin’s Funeral Home, Sandfield, this evening (Friday) from 4pm to 8pm, followed by private removal to his residence. Funeral from there on Saturday afternoon at 1.15pm, via Castlegoland Beach, to St Conal’s Church, Kilclooney, for 2pm requiem Mass, with burial afterwards in the adjoining cemetery. House private to family and friends, please.