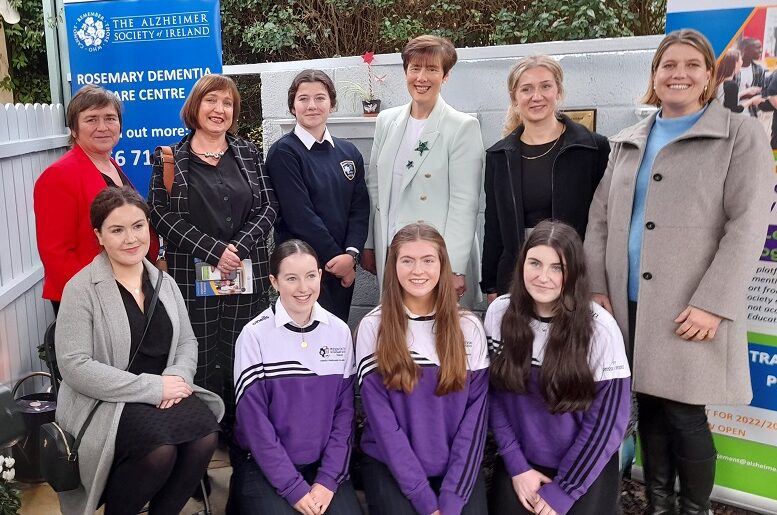 OVER 2,000 students, many in Donegal, are engaging in an innovative schools educational awareness programme, empowering students to support people living with dementia.

Under the veil of beautiful Tralee, The Alzheimer Society of Ireland was proud to host the national launch of ‘Creating a Dementia Inclusive Generation Transition Year Programme.

The National Community Engagement Manager with The Alzheimer Society of Ireland, Cathyrn O’Leary, is leading the roll out of the exciting programme.

Cathryn has strong links with Donegal, as her partner is Milford man, Terry Doherty.

C.J. McGinley, former Deputy Editor of the Donegal News, from Letterkenny is now working as a Community Engagement Officer with The Alzheimer Society of Ireland, and part of the team delivering this programme nationwide. 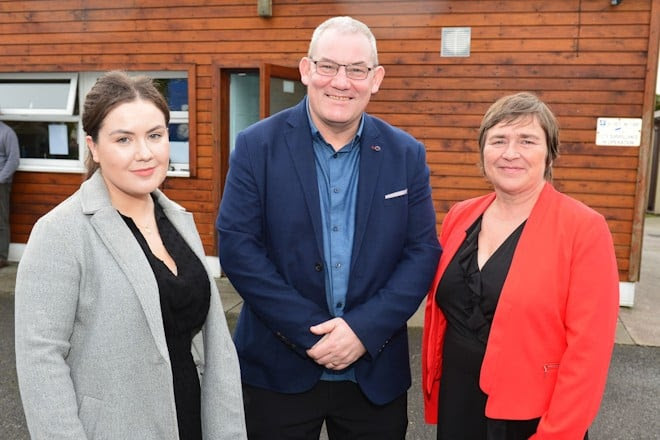 Over 34 second-level schools, in 14 counties, are now signed up and working on the educational awareness programme.

The number of schools joining the programme is growing exponentially every week, including many schools from across Donegal.

The ‘Creating a Dementia Inclusive Generation’ is an innovative new post primary school programme which aims to educate young people about Dementia and the impact that a diagnosis of Dementia has, not only on the person living with Dementia but also its impact on the extended family and the Carers.

One-third of young people have someone who is living with Dementia- this may be a grandparent or a neighbour- but unfortunately, with the increased incidence of early-onset Dementia, it may be a parent.

This TY Programme intends to educate the younger population and give them a better understanding of Dementia, teaching them about the disease’s impact and how they can assist people living with Dementia in their communities.

It is a programme based on empowerment – giving the youth of society the knowledge to play a key role in diminishing the stigma around Dementia- and making the world a safer and more inviting place for people living with dementia.

The launch and opening were officiated by Minister of Education Norma Foley TD, along with staff, volunteers, and guests. Senator Fiona O’Loughlin, Chair of the All-Oireachtas Committee on Dementia, also spoke at the event with ASI CEO Andy Heffernan, Head of Operations Siobhan O’Connor, and National Community Engagement Manager Cathryn O’Leary.

The National Community Engagement Manager with the ASI, Cathryn O’Leary, said the ‘Creating a Dementia Inclusive Generation’ TY Programme aims to educate young people about Dementia and the impact it has not only on the person living with Dementia but also its impact on the extended family and the Carers.

The programme was created in collaboration with the Dementia Services Information and Development Centre (DSIDC) at St James’ Hospital Dublin.

The project is an official Challenge Partner with An Gaisce The President’s Award, which includes the added opportunity for Gaisce participants to fulfil challenge area requirements. This programme was made possible by the kind sponsorship of our corporate partners, Arthur Cox, and we are very grateful for their support in this adventure.

Minister Foley said she was deeply honoured to officially launch the Creating a Dementia Generation Transition Year Programme and said, “Rosemary Centre was an “Oasis of calm, that would help to transform the lives of people with dementia, their families and their carers”.

The Minister added that for the past 40 years, the ASI had been supporting and empowering people with dementia and their families and helping make the Day Care Centres, such as Rosemary Centre in Tralee, “ A Home from Home”

CEO, Mr Andy Heffernan, said the standard of care and support provided by the organisation in Tralee, and all over the country was a testament to the hard work of all the staff.

Mr Heffernan said he was a firm believer in the benefits of the Transition Year Programme. which was all about education and creating awareness, stressing the young people who participate in this programme will be the decision-makers in the years ahead.

Head of Operations, Siobhan O’Connor, said it was a pleasure to launch ‘Creating a Dementia Inclusive Generation’ Transition Year Programme’ nationally- in beautiful Tralee with our Minister of Education here to do the honours.