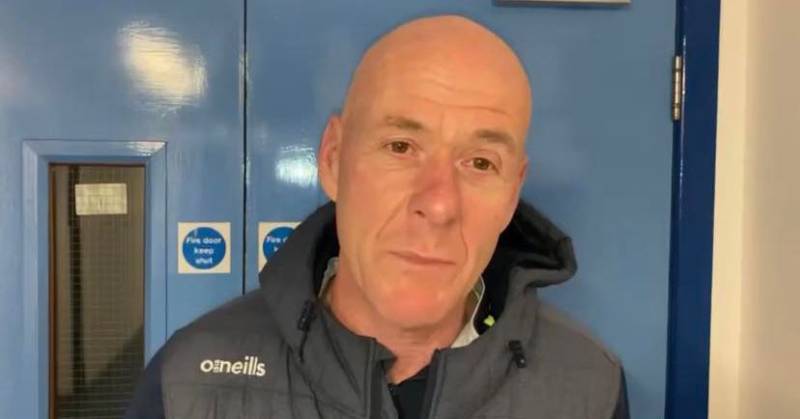 Watch: Reaching Ulster final would be a ‘huge prize’ for Letterkenny Gaels

Letterkenny Gaels manager Dougie Corbett says there’s a huge prize at stake for his side as they look forward to Sunday’s Ulster Junior Championship semi-final with Stewartstown Harps.

“Obviously it’s a huge prize and you’ve to hand it to the likes of Naomh Colmcille and Red Hugh’s who have been there and done it, that’s exceptional.

“Buncrana and Downings have come close but Stewartstown are big opposition and whatever happens, happens and we’ll take it from there.”

The Tyrone Champions have been unbeatable this season, and defeated Letterkenny Gaels 3-11 to 0-8 earlier in the year in the Ulster League.

“It’s a tough task for sure, they’re unbeaten all year and have won every competition they’ve entered.

“We know the challenge ahead, and it’s a matter of can we get close to them, we have a bit of ground to make up.

Both the Donegal semi-final and final saw Letterkenny Gaels come from behind to overcome their opponents in tight games.

And it happened again in the Ulster quarter-final, as they came from seven points down at half-time against Derrynoose to win by a point in Crossmaglen.

Dougie added: “We don’t plan to fall behind, one thing is we have a never say die attitude and the boys don’t give up, but we can’t give a team like Stewartstown, a quality team like that a lead we’re not going to turn around a six or seven point lead against a team like that.”

Corbett added that it’s a bit of bonus territory but is hopeful to be in the game with five minutes to go. He also added there’s  a couple of knocks in the side but overall they’re not too bad.