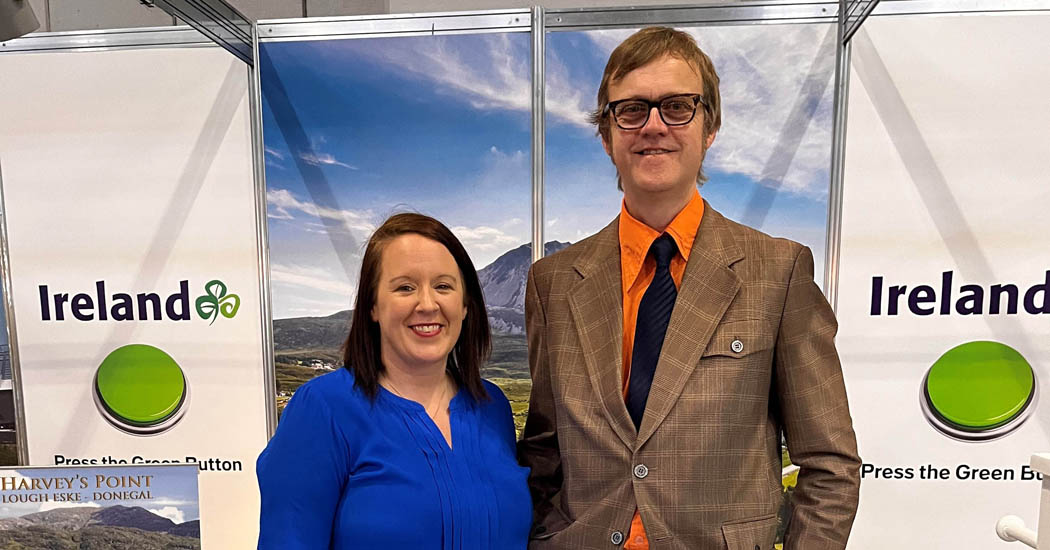 Samantha McNulty of Harvey’s Point has been spreading the word about Donegal’s scenic driving routes at a major car show in Birmingham.

The Classic Motor Show is an annual event that attracts around 60,000 people, offering an excellent platform to spread the word about car touring holidays around Ireland among British car enthusiasts – and prospective holidaymakers.

Samantha was joined by TV presenter and classic car enthusiast Alex Riley on the Tourism Ireland stand as they talked to attendees about why they should choose Ireland as their next car holiday destination. 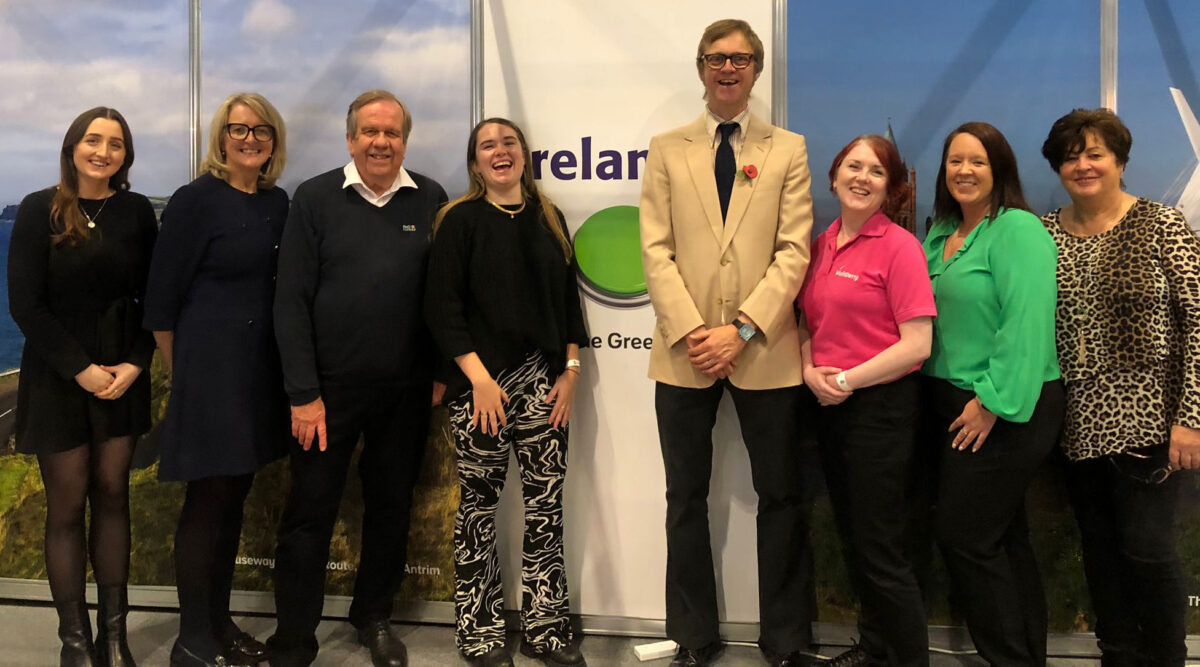 Alex Riley shared some of his favourite experiences of driving in Ireland during filming for the popular ITV4 TV series, The Car Years. Filming for season two of the series took place in Northern Ireland – along the Causeway Coastal Route and on the roads around the Mourne Mountains – and aired in 2021. This year, the Wild Atlantic Way provided the backdrop for season three, with driving routes such as the Ring of Kerry and the Conor Pass featuring.

Judith Cassidy, Tourism Ireland’s Acting Head of Great Britain, said: “The Classic Motor Show was an excellent opportunity to highlight our superb driving routes, including the Wild Atlantic Way, Causeway Coastal Route and Ireland’s Ancient East. Tourism Ireland is encouraging British travellers to come and discover Ireland by car. Visitors who use a car on holidays tend to stay longer, spend more and are more likely to visit more than one region. Our message is that Ireland is a great choice for a driving holiday.”