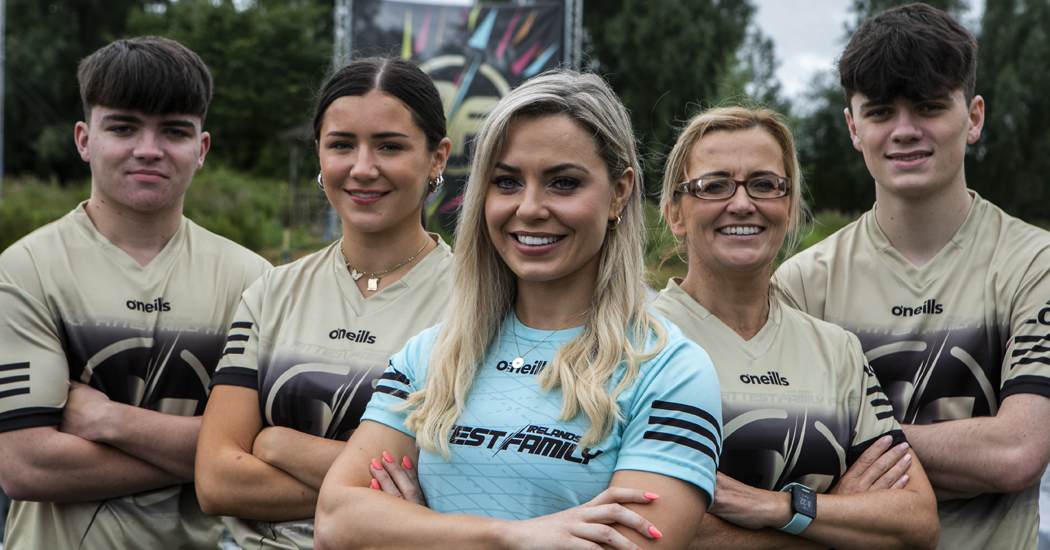 They only ever wanted to make it past round one!

But the Gallagher family from Letterkenny went all the ay to tonight’s final of Ireland’s Fittest Family on RTE television.

The family did their best in the ‘Backs Against The Wall’ challenge with mum Lisa leading the way.

But as the lowest combined time they were forced to enter the eliminator.

Having already endured three such eliminators in the series, they were fancied.

But in the end they were beaten and had to head home.

Coached by Anna Geary, the GAA stars said she couldn’t have been more proud of Lisa, and siblings Connor, Molly, and James taking on the tough swamp.

Having been to hell and back, mum Lisa had the scars to show from her time on the show.

“These bruises will heal but the memories of such a great time on the show will always remain,” she said.

The eventual winners of the show were the Nugents who pipped the Fitzsimons at the finishing line of the obstacle course to claim the €15,000 prize-money and the title of Ireland’s Fittest family.