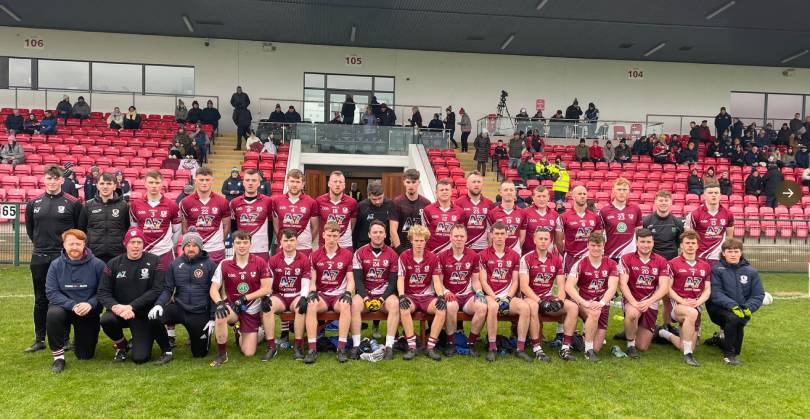 Letterkenny Gaels were knocked out of the Ulster Junior Championship in the semi-final by an impressive Stewartstown Harps in Owenbeg.

The Donegal men were 10 points down at half-time by a dominant Harps side, with Dan Lowe on superb form.

Conor McBrearty’s goal from a penalty and Brian Divers point brought it back to 7 points and a bit of hope but Antoin Coyle quickly responded with a goal to ensure the win with 5 minutes to go.

Paddy Doherty got another goal late on but Stewartstown extended their unbeaten run in 2022.

Lowe started as he went on, pointing after just 13 seconds, while Gareth Devlin got his first score out left minutes later.

Gaels’ first and only point of the half came from a Conor McBrearty free as Gaels struggled to get going, but had five wides in the first half.

Then a mistake at the back allowed Lowe to pounce and he picked up the ball and fired low into the net.

Gareth Devlin got his second point from play to make it 1-7 to 0-1 at half time.

Lowe got things underway again in the second half with a score on his left foot, but McBrearty pointed twice more from frees.

A trio of frees for Stewartstown, two from Gareth Devlin and one from Lowe, had the Tyrone champions 1-11 to 0-3 ahead.

But Gaels weren’t giving up and Cormac Cannon had a shot on goal well saved by Greg Kelly before Gaels had the ball in the net taken back for a penalty.

McBrearty converted the penalty and Brian Diver got the Donegal champions their first point from play moments later, 1-11 to 1-4 down with five minutes to go.

However a big blow came from the resulting kick out from Divers point as Stewartstown raced forward and Anton Coyle fired into the back of the net.

Lowe’s sixth point followed but Paddy Doherty punched the ball in from a long ball to give Gaels their second goal just before five minutes of added time.

Macauley Quinn’s first point of the game and Devlin’s fifth extended the Tyrone sides lead, and the game ended with McBrearty and Coyle firing over from frees with the score at 2-15 to 2-5.

Stewartstown will look to stay unbeaten for 2022 in their 23rd game as they take on Drumlane of Cavan in the final.