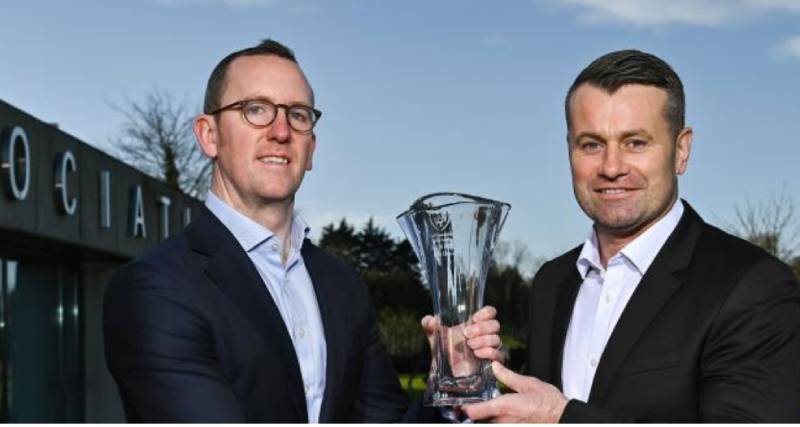 Shay Given inducted into FAI Hall of Fame

Shay Given has been inducted into the FAI Hall of Fame as part of the 32nd FAI International Awards.

The Lifford ‘keeper is one of six centurions for the Republic of Ireland Men’s Senior Team following his 134 appearances, which included a record 60 clean sheets.

Given was an outstanding goalkeeper who featured at the 2002 FIFA World Cup and the 2012 and 2016 UEFA European Championships with Ireland. He led the team out as captain on six occasions over the course of an international career that spawned 20 years.

Given said: “It is such an honour to see my name on the list of Hall of Fame winners alongside the likes of John Giles, Paul McGrath, Robbie Keane, Damien Duff, Liam Brady and Liam Tuohy to name just some of the legends who have received this award before me. Playing for Ireland always meant so much to me, it was the world to me, and I am delighted with this recognition.”
At club level, Given registered 451 games in the English Premier League – a record for an Irish player – as he won the FA Cup with Manchester City, the UEFA Intertoto Cup with Newcastle United and was twice selected in the PFA Premier League Team of the Year.

Given was inducted along with Linda Gorman, who was part of the first ever Ireland Women’s Senior Team that beat Wales 3-2 in May 1973, making it the fourth successive year that a male and female recipient have been honoured together in this category.