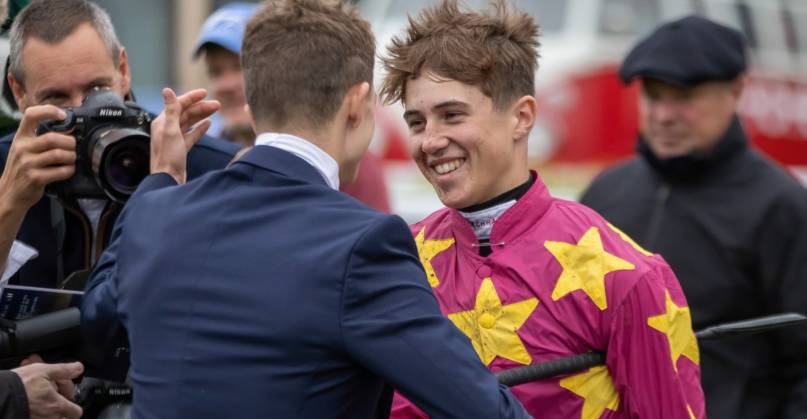 The Letterkenny jockey took his first win on his first ride of the day, on 13/2 shot Excesso Velocidad.

Browne McMonagle placed the Joseph O’Brien horse in second, before taking up the lead halfway through the six furlong race, and held on strongly to win by a neck from stablemate Anann.

The next win came on 9/4 favourite Wajaaha who started slow in the one mile four furlong handicap, sitting in last from the start before coming round the final bend to come home fastest and take the win for trainer Cathal Byrnes, winning by half a length from Lariat.

It’s five wins in two weeks for the Donegal man who has had a great 2022.

Dylan Browne McMonagle retained his Irish Flat Champion Apprentice jockey crown earlier this month, and also had his first group 1 winner in September on Al Riffa at the Curragh.