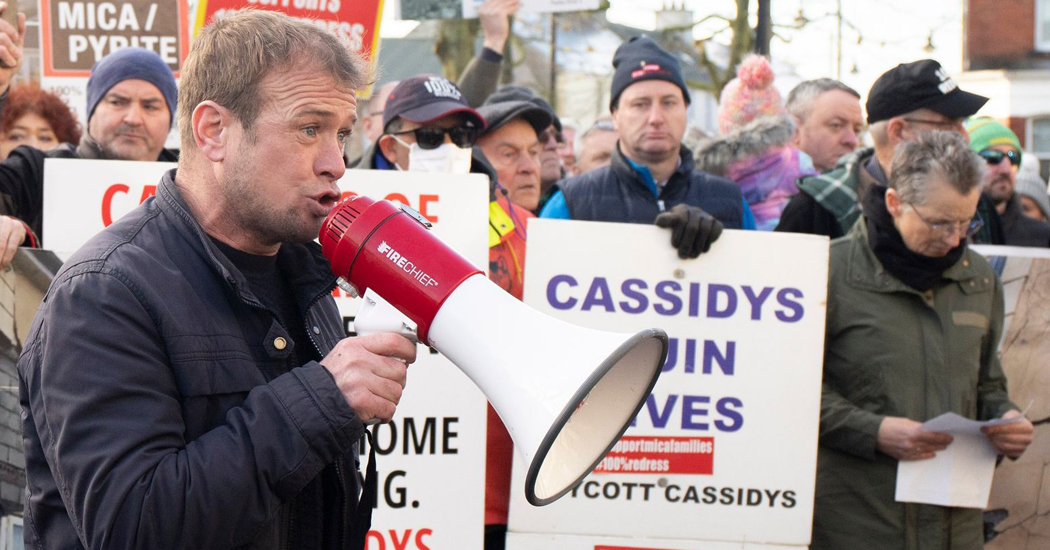 Emotions ran high at a protest outside the County House in Lifford this morning as hundreds of defective block homeowners gathered to demand action from the council.

Anger, fear and frustrations were shared from people who are struggling with a lack of progress on the redress scheme.

Parents voiced their fears for their children living in moulding homes, while angry campaigners asked the council what was being done for them.

Campaigner Paddy Diver said it was a disgrace that there are people in ten condemned homes in the county, and while the council has been provided with their details, the homes haven’t been inspected.

Mica Action Group Chairperson Lisa Hone told Donegal Daily that people are taking a stand to make the powers that be understand the intense feelings of those who feel utterly abandoned.

“We hope this is the last time that we have to protest,” Ms Hone said. 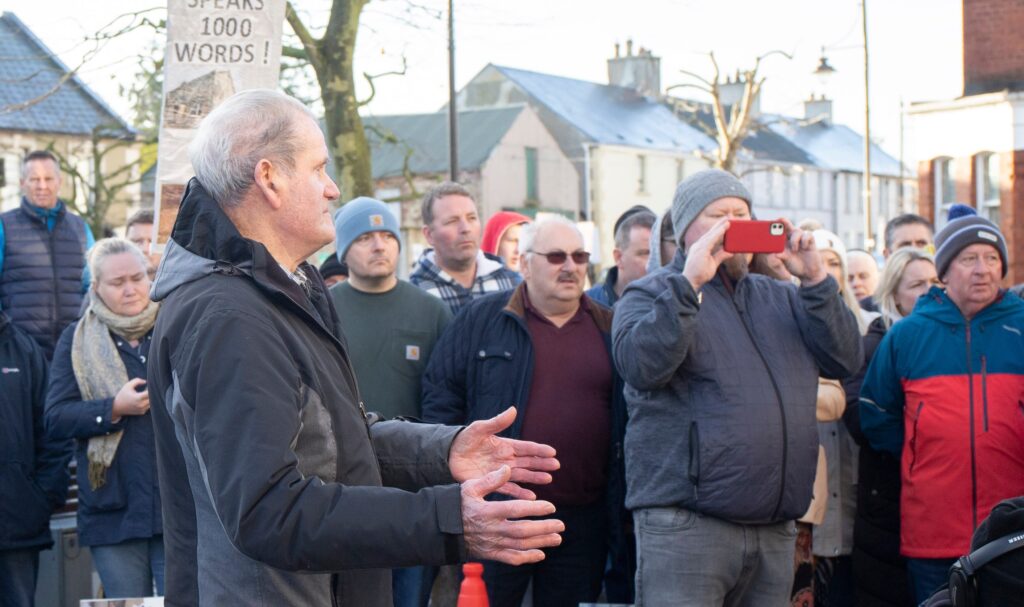 Colr Ian McGarvey attempted to address the large crowd at the protest in Lifford before being heckled down. (NW Newspix)

Independent Councillor Ian McGarvey addressed the crowd this morning, saying he has been in correspondence with the Minister for Housing on the issue and that he sympathised with the crowd. Mica, he said, should stand for Must Include Cement Always and that the situation was ever developing.

One member of the crowd, Seamus Devenny said the people are being ignored again and again, with some people protesting for 12 years without seeing results. He said the ignorance was “disgusting.” 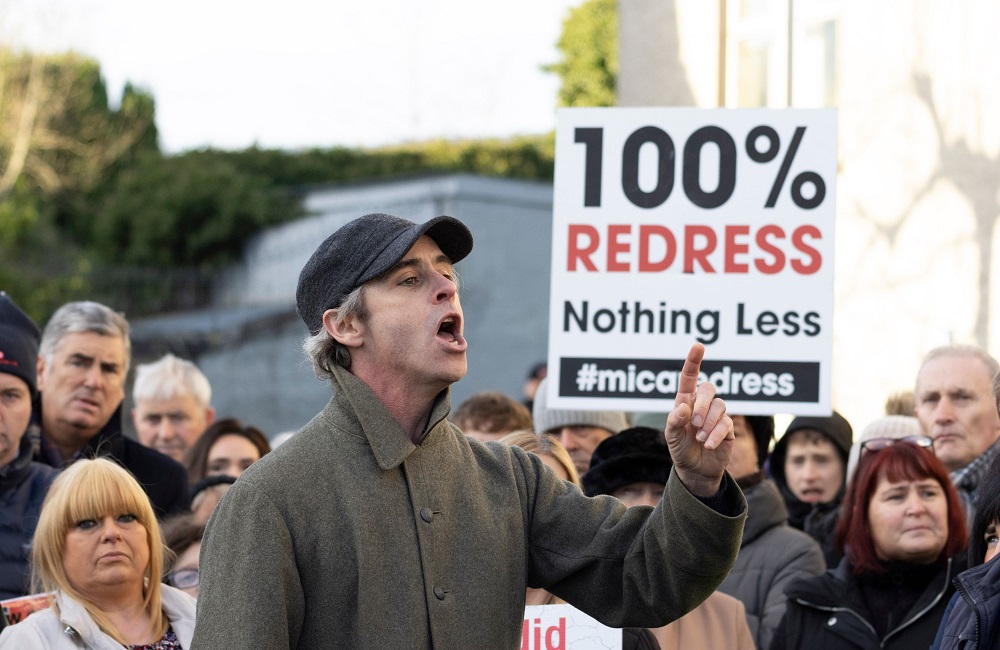 Five campaigners were invited to speak to the executive and elected councillors inside the council chamber: Paddy Diver, Yvonne Shevlin, Lisa Hone, Ray Doherty and Sharon O’Connor. They put forward their calls for action on emergency accommodation for homeowners, for the release of €15,000 alternative accommodation funds and for the progression of 400 applications that have been in limbo since last December.

Mr. Liam Ward, Director of Community Development & Planning Services, committed to delivering a full written response on the issues raised by Friday of this week.

Speaking after the meeting, Mr Diver said that if issues are not addressed, homeowners will have to “cross the line” and get today’s “diehard crowd” to take over government buildings with sleeping bags and tents.