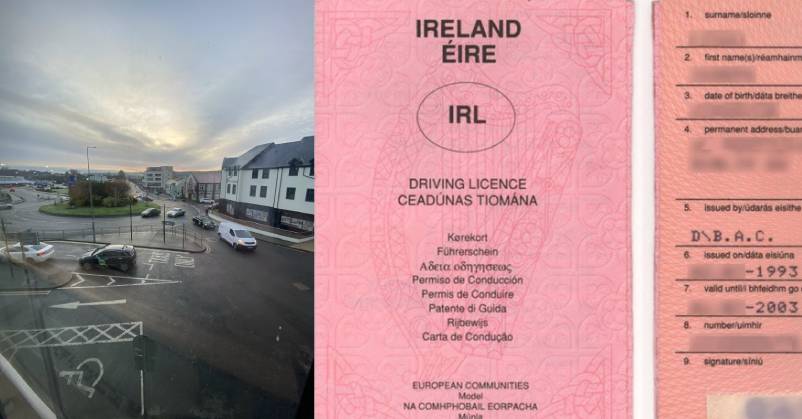 I failed my theory test, the one you do on your journey to prepare for your driving test, and yet I have had my full driving licence since I was nineteen years of age.

Some 40 years on, I got seven answers wrong out of forty and was two answers short of the 35 out of 40 which is enough to get a pass result.

For anyone of around my vintage they will know that in the 1980’s there wasn’t a theory test as such, just a few questions on the rules of the road before you started your driving test behind the wheel. So the theory test that I failed was a mock theory test.

I sat it from the comfort of my phone online just to see how rusty you can become when you are driving all your adult life.

I’m not the greatest person to sit exams of any kind and true to form, I found my patience nearly getting the better of me as I made up my mind which of the multiple choice answers was the right one for forty questions they were asking in the test.

Sometimes I felt I was being asked the same question again in a different form in the 40 out of a possible 800 questions that make a mixtures of rules of the road and common sense.

It was a letter in the post that I got recently telling me that my licence was up that made me take an interest, something that you take for granted (your driving licence) which is renewed every ten years now.

A quick look at mine and I was a bit confused as the small print on mine gave 2027 as the year I would have to get a new licence, but it was only when I looked closer that I discovered that it was the lorry licence that had to be renewed every five years that was out of date.

Of all the classes on a driving licence it’s the lorry licence that I value the most, not that I use it very often nowadays after retiring from the fire service a good few years ago, where on the odd fire I would have driven the fire engine to emergency call outs in years gone by.

The fact that it was in an ESB lorry that I unofficially originally learned to drive under the watchful eye of my father, nearly a decade before I was the legal age to take to the road in an Old Ford D Series, and years after I passed the lorry test in a Ford D Series Fire Engine and even after passing they test and coming home to tell my father, then retired, that I passed the test.

He was able to tell me that I was in the wrong gear going up Glencar where he watched me from the living room window of our home!

Going from the old grey provisional on both occasions for car and truck to have them included on the old wine coloured driving licence was a proud moment. 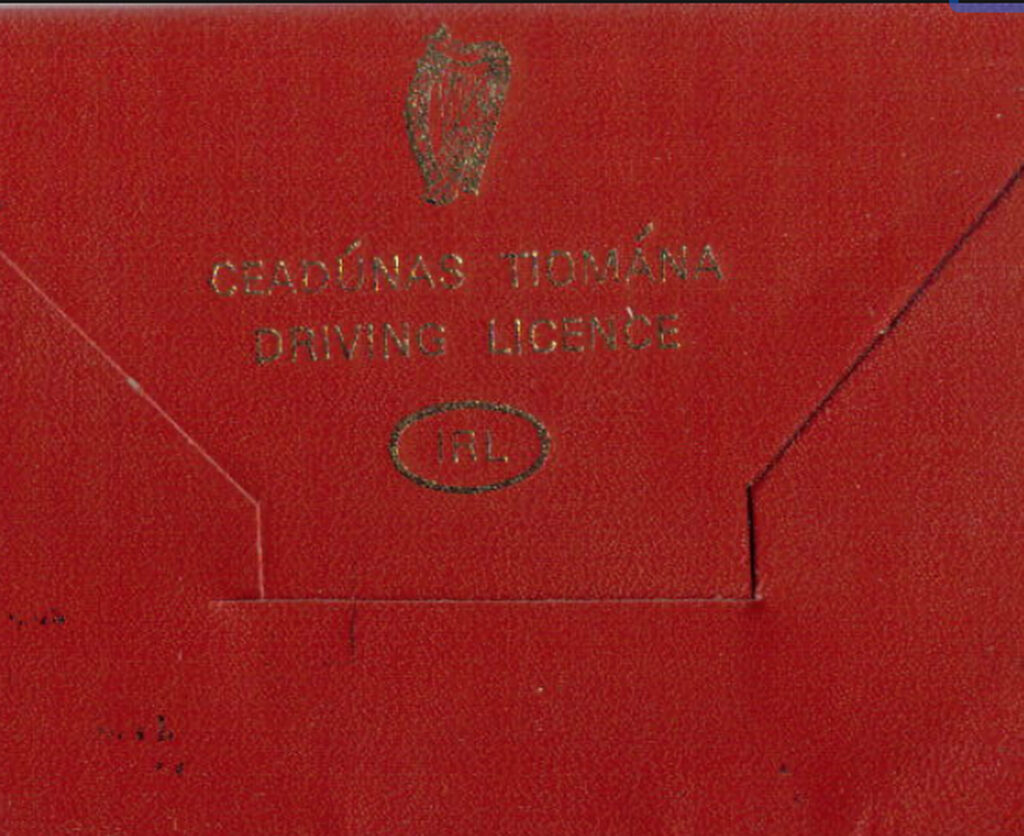 That old driving licence from a distant memory of my first years on the road.

That’s what makes it a very important part of my driving licence and I will value it as long as I am medically fit to pass the test in order for it to be renewed.

The driving test in Ireland has come a long way from how driving licences were issued over the years up until the 1960s there was no such thing as a driving test!

All you had to do was fill out a form and pay one pound and there you had a driving licence and you could apply for everything going.

You could get one for a year or for five years and when it expired you could simply apply for another one and not have a word of a driving test in sight.

In the sixties, the government of the day announced that they were introducing a driving test as and from St. Patrick’s day in 1964.

The dead line stirred a panic rush to get a driving licence before the test came in many applied for a licence some that had no notion of ever getting behind the wheel of a car but joined the queues at motor tax and driving licence offices.It is believed that as many as 10,000 Irish people were issued with driving licences in the last week before the deadline.

It was a Donegal man who sat one of the very first driving tests in 1964 the then Minister for Local Government Neil T Blaney took the test at the new test centre in North Dublin. Driving for nearly two decades before he took the test Neil T passed with flying colours. 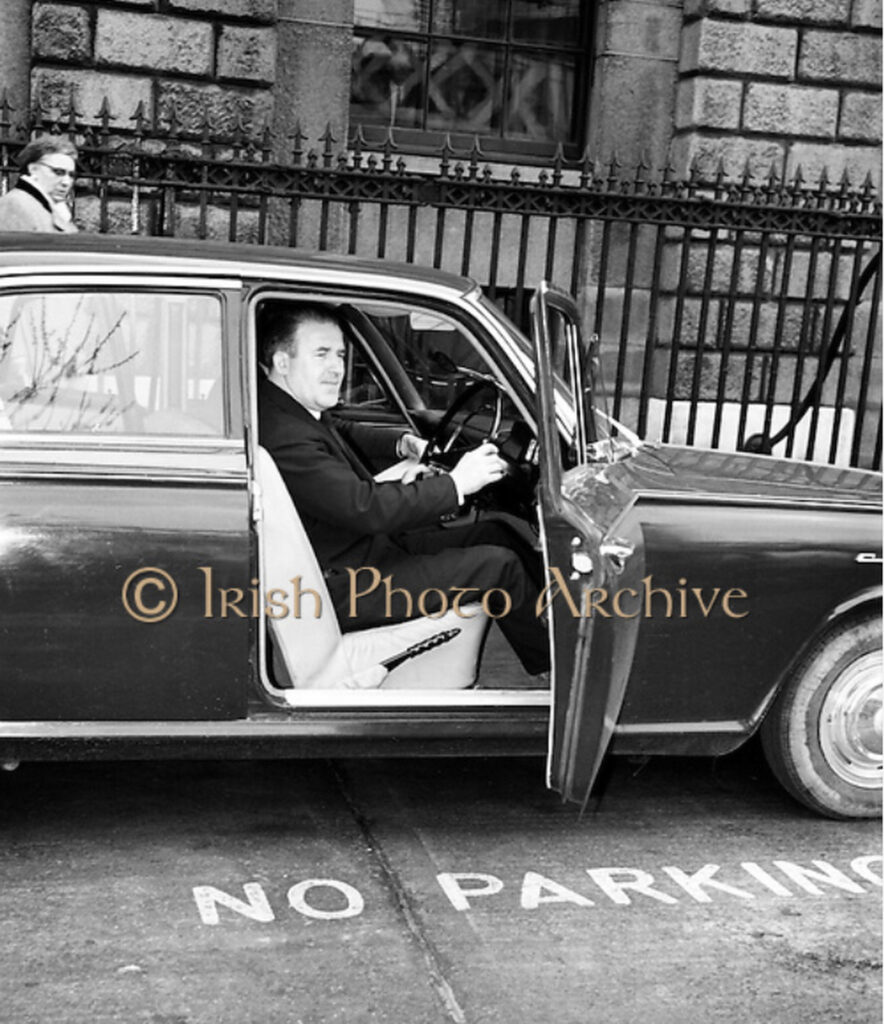 The Late Neil T Blaney T.D.who was one of the first in Ireland to do the driving test when it first came out in 1964

A decade later in the seventies, the lengthy post strike led to a massive back log in applications for driving tests and notification of tests that the government of the day decided that anyone on a second provisional driving licence could apply for a full driving licence without sitting a test.

As many as 25,000 Irish learner drivers took up the offer and were  issued with a full driving licence without sitting a driving test. Insurance companies refused to lower premium on provisional Licence holders that availed of a full licence through the amnesty.

The theory test is now 21 years in Ireland as part of the present day driving test along with the 12 lessons before getting on the road.

That’s a short history on the journey of some of the different ways that people in Ireland got their driving licence over the years.

For some, including myself, after you get the licence, with learning more life experience on the road, you also learn bad habits and the rules don’t bother you too much until you spot someone else doing something wrong and you are right in there to let them know.

On the run into the winter months your driving skills are tested to the limit and as good a time as ever to refresh your memory on what you have learned from your experience on the road.

Doing the test this week and failing it even though it was only a mock theory test that I decided to do myself, it give me a positive outlook on having a wee look at the rules of the road again and see where I went wrong in my mock theory test. It doesn’t take long to refresh and remember what you forgot.

Things like a dash cam gives you a great honest view of your own driving and the wee shortcuts you make from time to time, how many times you can creep over the speed limit in built up areas, even things like keeping your cool behind the wheel.

It’s very easy to get pulled into wee power struggles on the road. Traffic jams and endless roadworks don’t help as drivers are delayed in their daily commute and all this pressure builds up when you’re standing still.

On wet and wintery conditions out on country roads this time of the year is the most difficult to drive on, dark days and long nights test the observation of drivers.