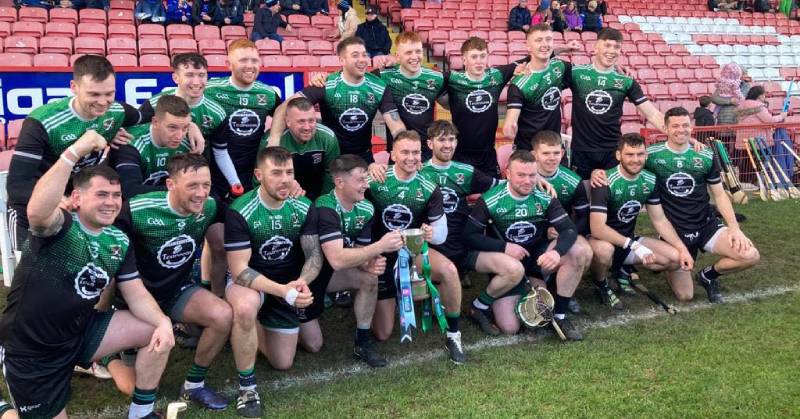 Donegal and Ulster Junior Hurling Champions Setanta were left gutted after throwing away a six point lead to be beaten in the final moments of this pulsating All-Ireland Hurling Junior Quarter-Final.

Gary McGettigan’s side traveled to Carrickmore knowing they would get their fill from British champions Kilburn Gaels.

But with ten minutes to go it looked as if the Donegal side were cruising with a six point advantage.

Setanta led 0-17 to 1-11 at the end of normal time after an encounter they controlled for long periods of time.

However, an amazing late injury-time burst by Gaels which saw them score two goals a point, saw them snatch victory in the end.

Goals from Darragh O’Sullivan and Donal Reale and a point by Fergal Collins was enough to snatch victory out of the grasp of Setanta.

Despite the controversial sending off of team captain Mark Callaghan in the first half as well as the absence of forward, Davin Flynn, Setanta always looked on course to progress.

Gary Coulter was on fire with a personal tally of nine points with Gerry Gilmore and Bernard Lafferty pitching in with a pair of points each.

Conor Nelson kept Gaels in the game with eight points, seven of those from frees but Setanta always looked like they had done enough to keep the distance between the two sides.

But Setanta boss McGettigan could only look on in disbelief as Kilburn refused to give up the ghost with those two late net-busters in the finals 90 seconds the difference.