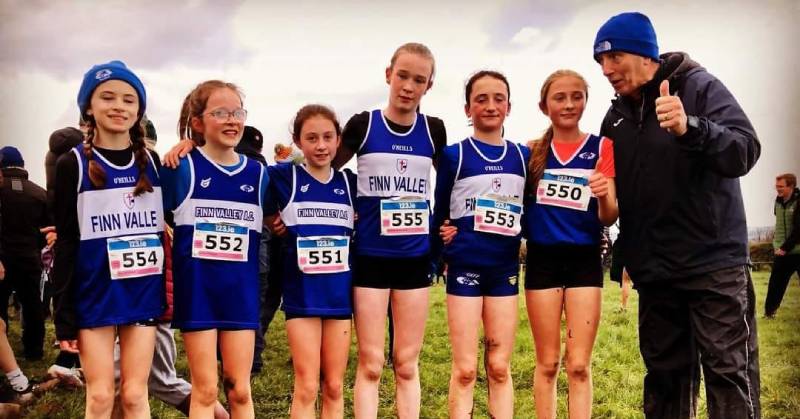 The girls had a combined score of 121, and agonisingly missed out on the gold by three points to Tuam AC.

Meanwhile, Caolan McFadden was 3rd in the Boys U17s race. The Cranford man, off the back of his brilliant U16s win in Rosapenna two weeks ago.

Phillip McGee of Letterkenny was 25th while club mate Kieran McFeely was 68th and Ciaran McCarroll of Finn Valley was 75th.

Finn Valley AC’s Eimear McCarroll finished a brilliant 5th in the Girls U19 race, while Kevea Gallagher of Rosses AC was 37th.

In the Girls U17s, Elsa Moore of Lifford-Strabane was 11th while Finn Valley’s Sally McMenamin finished 42nd as Donegal finished 5th in the county standings.

Anna Russell was 16th in the Girls U15s, with her Letterkenny club mate Emma Bonar in 26th.

Letterkenny also missed out on a club medal as they came 4th, with Cara McGonagle (63rd) and Marina Mercade Martorell (98th) made up the scoring.

In the Novice Women’s race, Finn Valley’s Leoni Cooke was 19th, while Stacey Leonard finished in 27th, with Joanne Campbell (60th), and Maggie O’Hora (75th) in behind.