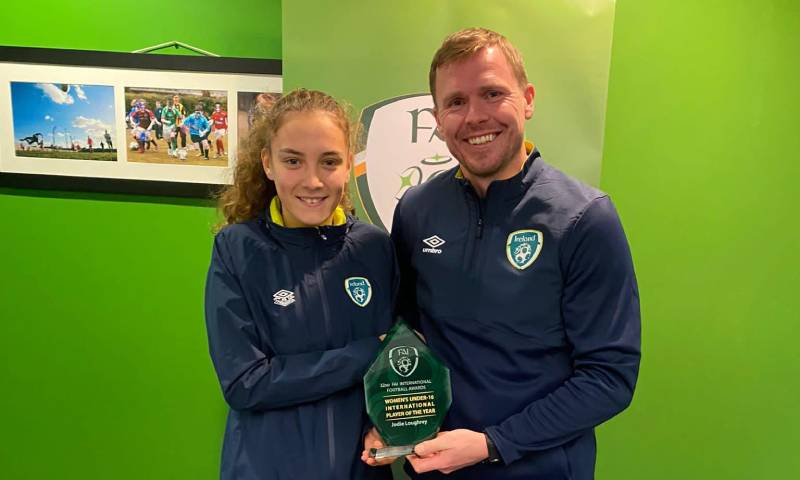 Jodie Loughrey receives Irish U16 Player of the Year award

Jodie Loughrey received the Republic of Ireland Under-16 Player of the Year award at the weekend.

The Buncrana woman was named the Player of the Year at the end of November and was presented with the award by U16 Manager Tom Elms.

Loughrey has had a superb year on the International stage, from scoring winning goals in Irelands win against Finland in the European Championships U17 Qualifiers, and against Northern Ireland in the Super Cup NI in which she captained the side.

She also captained the Ireland U17 side that drew to Portugal in September, while her Scoil Muire Buncrana side won the FAIS Junior Girls U17 National Cup in May.

Loughrey and her sister Keri, who both play for the Donegal Women’s League U17 side, also received their international caps at the weekend. 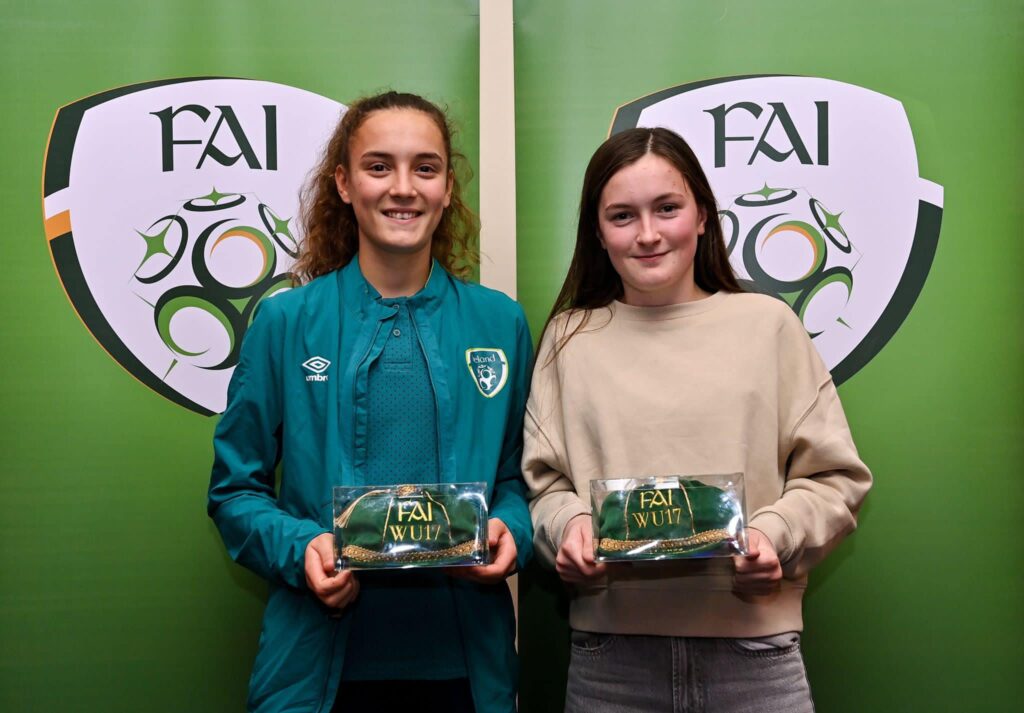