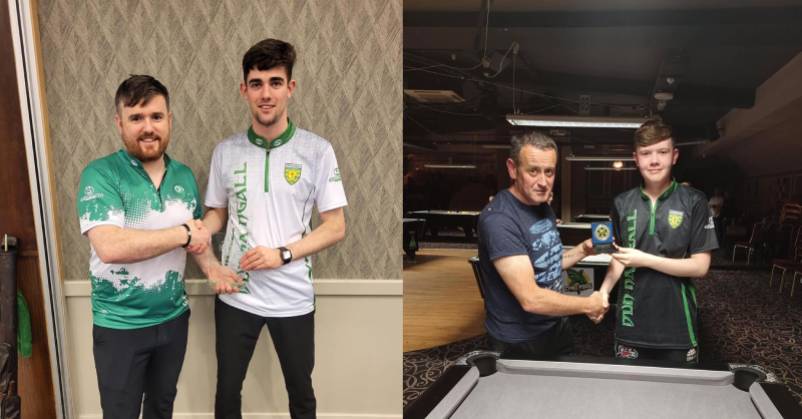 Three Donegal youngsters have been selected to represent Ireland at the European Pool Championships in Malta next year.

Ardara pair Ronan Whyte and Daniel McHugh will represent Ireland in the Under-23 team, while Ballybofey’s Ben McMenamin will represent the U18 side in February.

The three pool players have been in good form in 2022 and deserve their call-ups, with Whyte winning the National U23 title in Dundalk last month.

Whyte and McHugh also helped Doherty’s Bar in Ardara win the Donegal Pool Championships B event back in June.

In that same tournament, Ben McMenamin was the runner-up in the U23 event at just 15 years of age.

The championships will take place at The Dolmen Hotel situated in St. Paul’s Bay between the 18th & 25th February 2023.