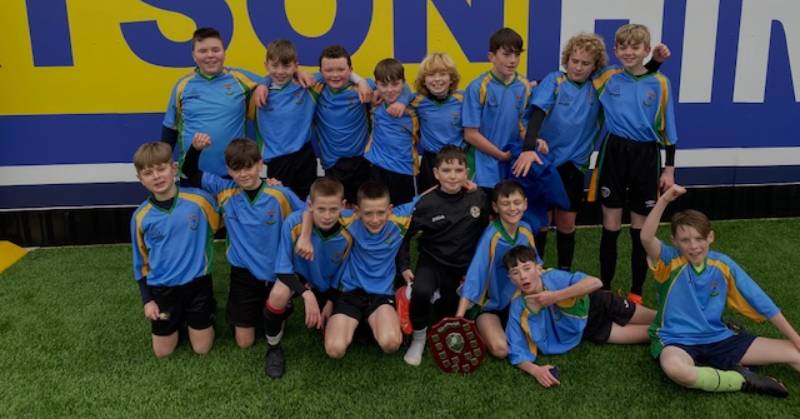 All roads led to Leck View Park Letterkenny on Tuesday 6th December as St. Eunans Raphoe faced off against Scoil Mhuire Ramelton in the final of the Letterkenny Cup.

Both sides had shown their quality in the group stages by qualifying for the final undefeated whilst scoring goals for fun. Scoil Mhuire entered the final having played 3 won 3, scoring 17 goals without conceding. St Eunans had an equally impressive run to the final winning all 3 games, scoring 20 and conceding just once. The stage was set for an entertaining game, and the large crowd of students and parents were treated to just that.

St. Eunans got off the mark first when Odhrán McHugh netted twice early on. McHugh would go on to score 4 in total and claim the Man of the Match award to boot.

The boys from Raphoe and Ramelton treated the large crowd in attendance to an excellent first half of football.

On the resumption, the entertainment continued with both sides giving their all. St Eunans had keeper Evan McCarron to thank for a wonderful point blank save as the Ramelton boys applied pressure early in the second half. However the St Eunans defence of Ben Farrell, Ultan Coyle, Riley McBride, Lewis Hamilton and Lewis Quinn held firm and were the launch pad for numerous attacks and flying wing backs Ben Farrell and Lewis Quinn chipped in with a couple of goals as well.

The St. Eunans midfield of Jayme Lafferty, Ronan McGranaghan, Orran Kee and Tiernan Kelly showed their quality throughout. They excelled both in defence and attack with both Ronan McGranaghan and Orran Kee netting a brace. The rolling substitution system meant that the whole squad was utilised on the day. Tommy McMonagle, Joe Curran, Zach Lecky, Harry Doherty and Jake McCarron all contributed to what was a well deserved win for the Raphoe boys.

When referee Zach McLaughlin sounded the long whistle St Eunans Raphoe celebrated in style. Both schools should be congratulated on what was an entertaining game, played in a sporting manner from start to finish. 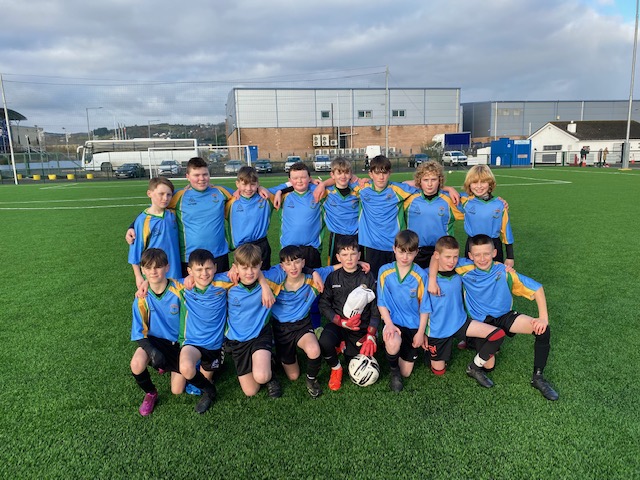