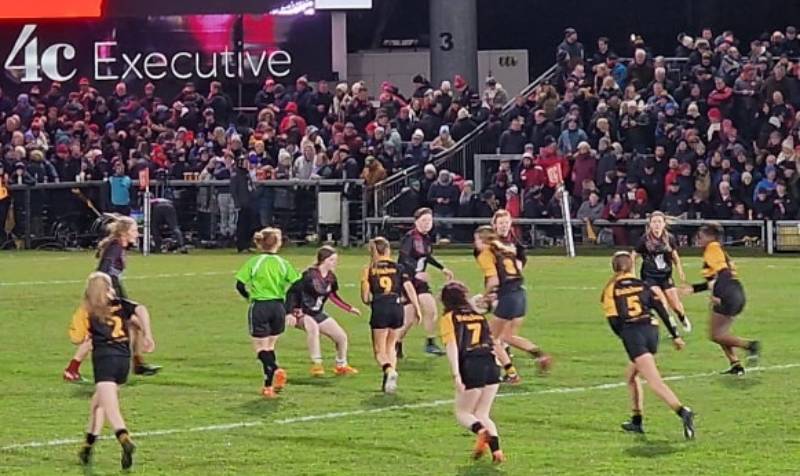 Letterkenny RFC girls watched by 18,000 at sold out Kingspan Stadium

Letterkenny RFC’s Under-16 girls were watched on at half-time in the Ulster game by 18,000 people at a sold out Kingspan Stadium.

The girls team were mascots at the game on New Years Day as Ulster took on Munster in the United Rugby Championship. 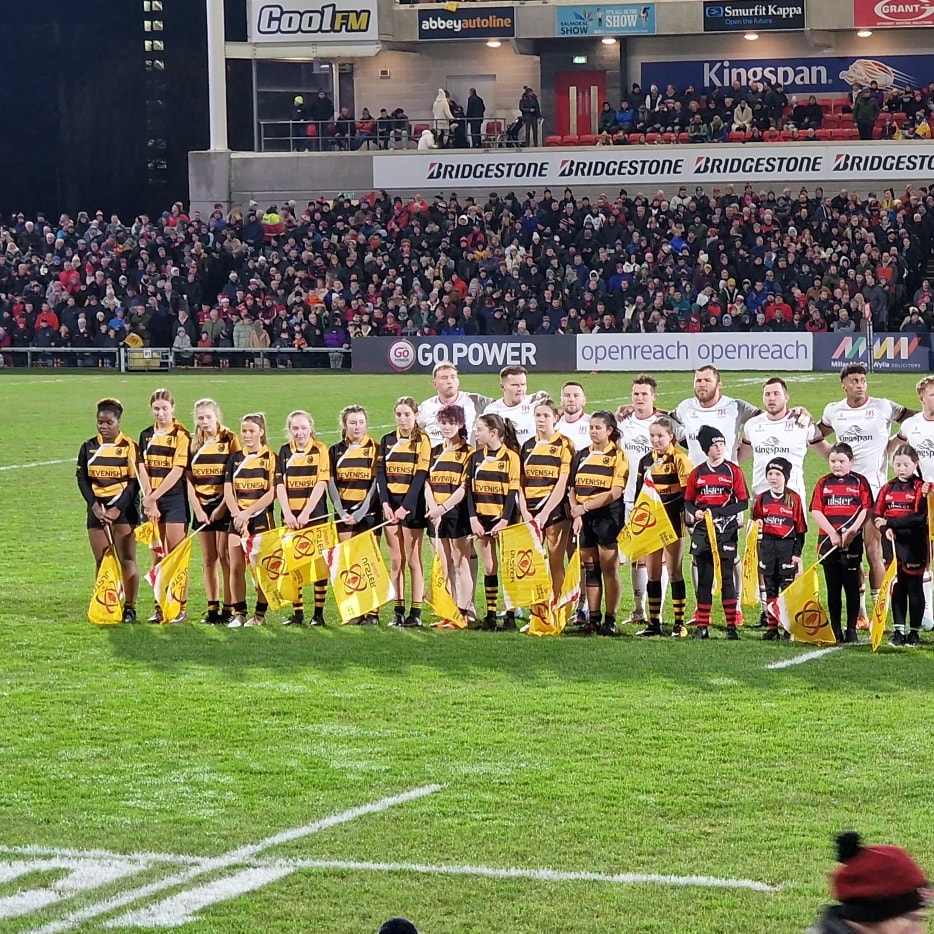 They then went head to head with their fellow mascots from Limavady CRFHC at half-time in front of the capacity crowd.

Munster defeated the hosts 15-14 thanks to a late Ben Healy try.