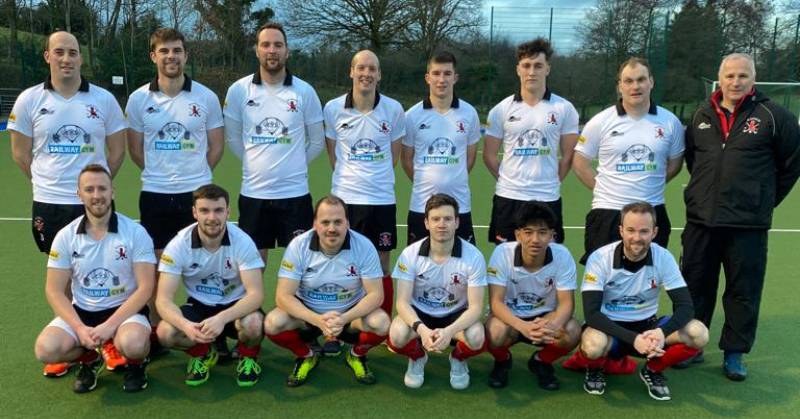 Raphoe had a great start to the game dominating possession throughout the game with a high press from the Raphoe midfield.

This relentless press paid off when Jake Watt in opened the scoring, with a great reverse shot from the edge of the area.

Raphoe kept up the good play and had numerous chances from Matty Lecky, Simon Goudie, and Tom Eaton coming closest to extending their lead but found the Saints keeper in good form.

Saints had a chance to get back on level terms when their striker rounded Moore in the Raphoe goal but fluffed his lines and shot wide of the goal.

The Donegal side got another goal when Matty Lecky got behind the saints defence before passing the ball to Jonny Long to tap home and double their lead.

Saintfield got back into the game when Davy Moore misjudged his angles and let the ball nip in at his near post. This led to the 3rd quarter to be a very end to end as Raphoe felt a bit of pressure from the homeside.

In the final quarter, Raphoe gained some composure and retained the ball better to see out the game and kick start the year with 3points and now sit on top of the table half way through the season.

Raphoe Mens 1st XI start the new year with a win away to Saintfield was last modified: January 7th, 2023 by Staff Writer
FacebookTweetLinkedInPrint