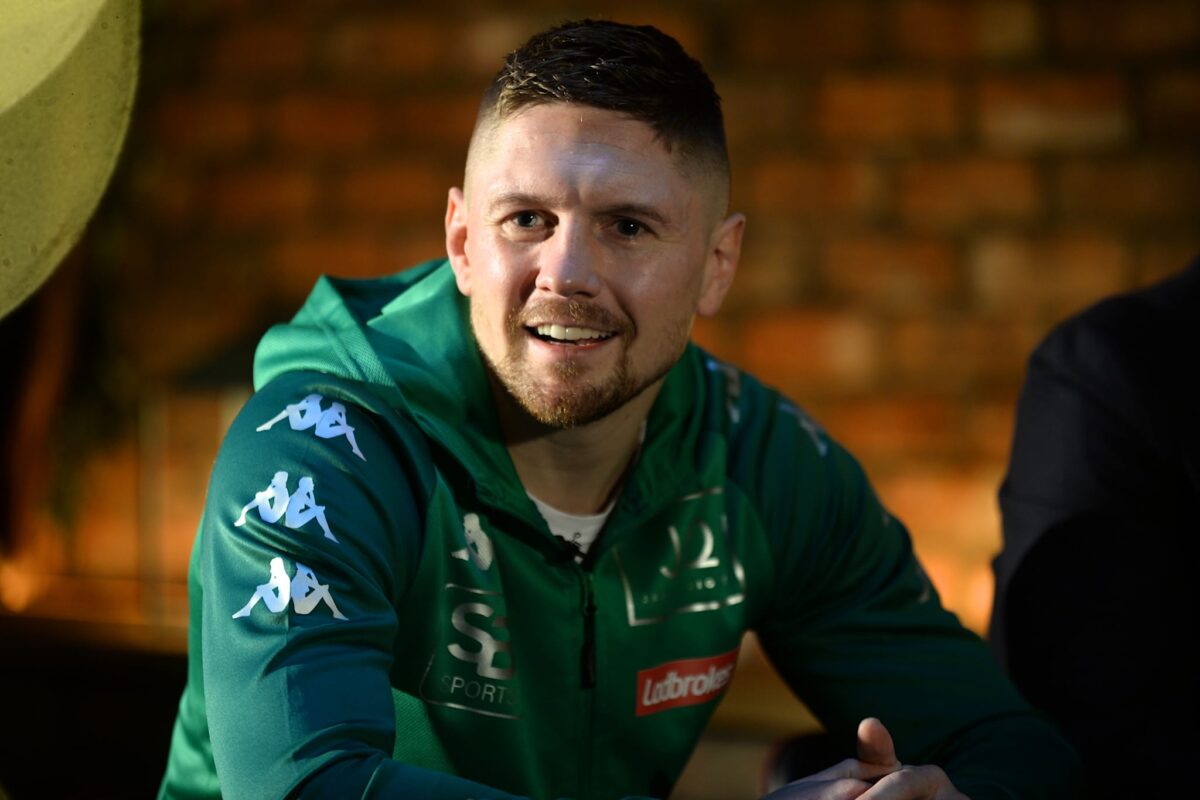 Jason Quigley is ready to get back into the ring and is eyeing up the possible Croke Park undercard if Katie Taylor’s wishes are given the green light.

The Ballybofey man hasn’t had a fight since his loss to WBO Middleweight champion Demetrius Andrade in New Hampshire in November of 2021.

Quigley suffered a broken jaw in that fight, which ended in a second round TKO as Andrade extended his unbeaten record to 31-0.

But the Donegal native is eager to get back to action this year, and is hoping to have an announcement soon.

“One hundred per cent I’ll be back in the ring this year,” Quigley told Kevin Byrne on The Rocky Road podcast.

“We’ve the head down and we’re working away and we’re going to get a date hopefully very soon.

“It would be good to get a fight now before Croke Park, if it comes off.

“The show’s not over — there’s another chapter or two left.”

With the announcement of Amanda Serrano’s fight to become the undisputed world featherweight champion on February 4 against Mexican Erika Cruz, with a win looking likely to set up a rematch with Taylor at Croke Park, it opens the door for Quigle to appear on the undercard of that fight.

He added: “There’s the Croke Park thing coming up, it would be unbelievable, once that gets the green light — and hopefully very shortly that will get the green light.

“My last couple of fights have been all DAZN and Matchroom so it would be a no brainer to be on the Croke Park card.

“Look, it’s been over a year now since my last fight so I would love to — and I definitely will — have a fight before Croke Park as well.”
Jason Quigley sets his sights on ring return and Croke Park fight for 2023 was last modified: January 13th, 2023 by Staff Writer
FacebookTweetLinkedInPrint