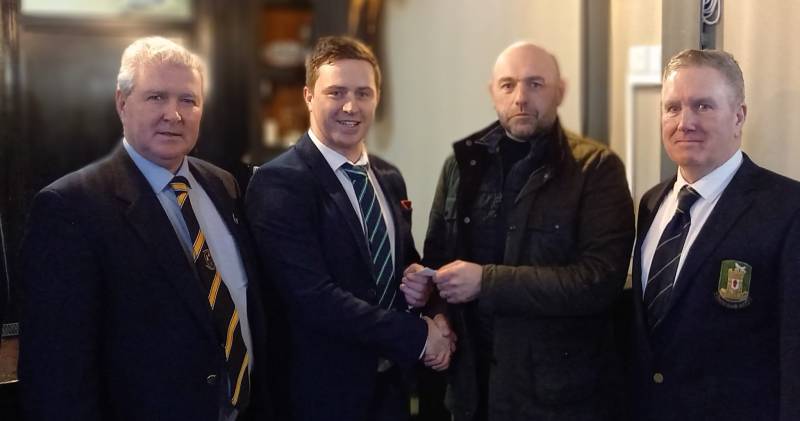 The Monaghan team faced Letterkenny Rugby Club at the weekend and gave a cheque to the club, having raised funds at their previous weeks games and mini training.

Monaghan won the game at Dave Gallaher Park 13-9 in this all important top of the table clash.

Monaghan led 7-6 at half-time thanks to a try scored under the posts from Joshua Graham, giving Lorcan McGillan an easy kick for the conversion.

Letterkenny took a 3-0 lead through a Dafydd Green penalty from 10 metres early on and Green brought it back to a point in it with a second penalty on the half hour mark.

A third Green penalty had the Donegal men in front 9-7 on 52 minutes but two McGillan penalties gave Monaghan a four point lead which they held on to despite late pressure from the Letterkenny side.

Monaghan have won all 13 games of the league season and with five games remaining, it looks likely they will end the season by taking the Kukri Ulster Rugby Championship Division 3 title.