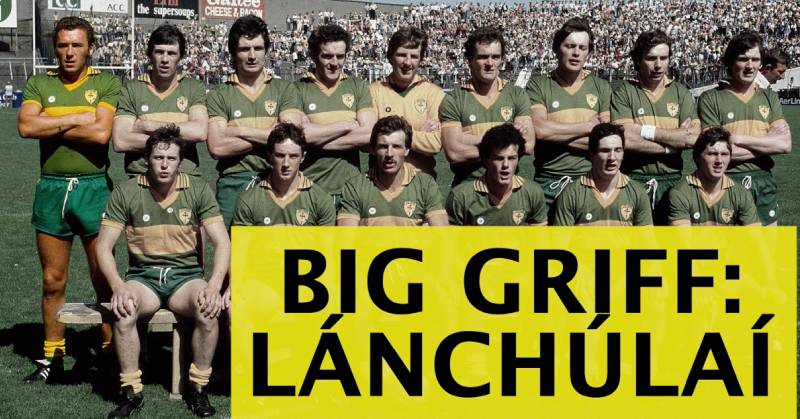 A TG4 special on Donegal and Sean Mac Cumhaill’s legend Martin Griffin will be released at the end of the month.

‘Big Griff: Lánchúlaí’ is coming to TG4 which will tell the tale of Griffin’s playing days.

The special was produced by Martin’s nephew, Nathan Griffin, who narrates the story of his career.

He was also a member of the last MacCumhaills team to win a county championship, in 1977.

You can watch the 19 minute video that has been released on vimeo below.