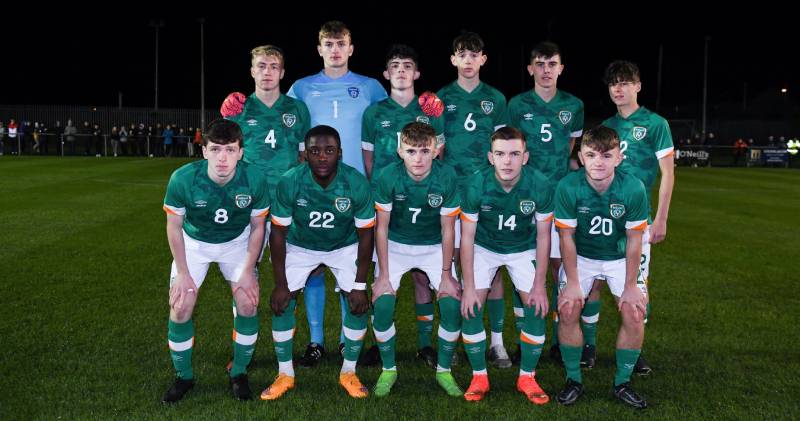 Luke O’Donnell was one of 20 players named in Paul Osam’s Republic of Ireland Men’s Under-16 squad for a three-day training camp in Athlone.

The Buncrana native was part of Osam’s squad that lifted the Victory Shield with a 4-1 win over Scotland in Waterford back in November.

O’Donnell (number 6 above) is a regular in the Irish squad and plays for Derry City at underage level.

The Aghyaran man featured for the national side a number of times in 2022 but didn’t get to start as Jaden Umeh scored twice and a Michael Noonan penalty saw Ireland win 3-1 at the FAI HQ in Abbottstown.