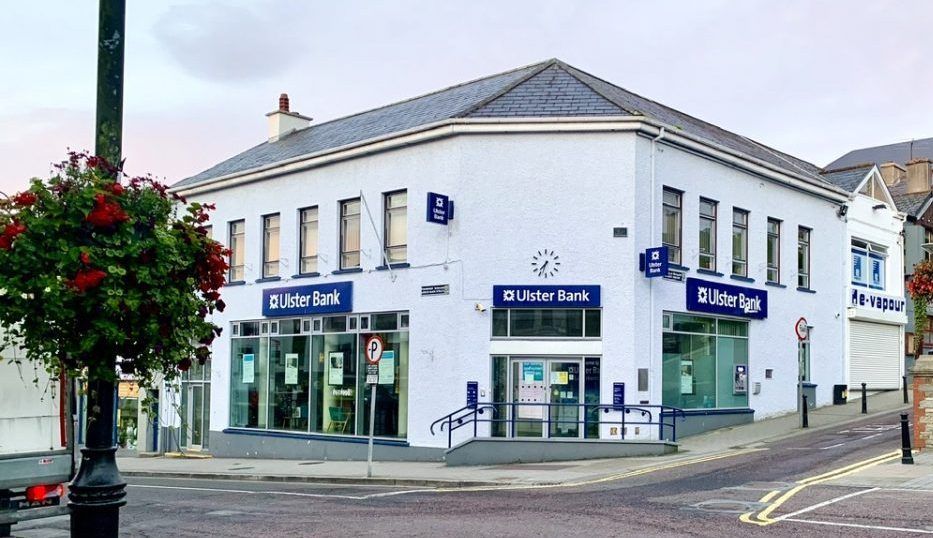 The Letterkenny branch of Ulster Bank is set to close on 21st April 2023.

The bank has announced that all of its remaining 63 branches will cease carrying out transactions for customers on 31 March.

All the branches will then close on 21 April.

Letterkenny was the last remaining branch in Donegal after the branches in Donegal Town, Killybegs, Buncrana and Ballybofey closed their doors on Friday 13th January.

From March 31st, Ulster Bank customers will no longer be able to make cash/cheque lodgements either at the counter or through internal automation devices (Cash Deposit Machine, Bulk Coin Machine, Automated Deposit Unit) or any form of withdrawal any Ulster Bank branch (with the exception of ATM services).

Ulster Bank services through An Post outlets will also cease on 31st March 2023.

Branches will remain open until the 21st April 2023 to assist with any queries, moving and closing accounts.