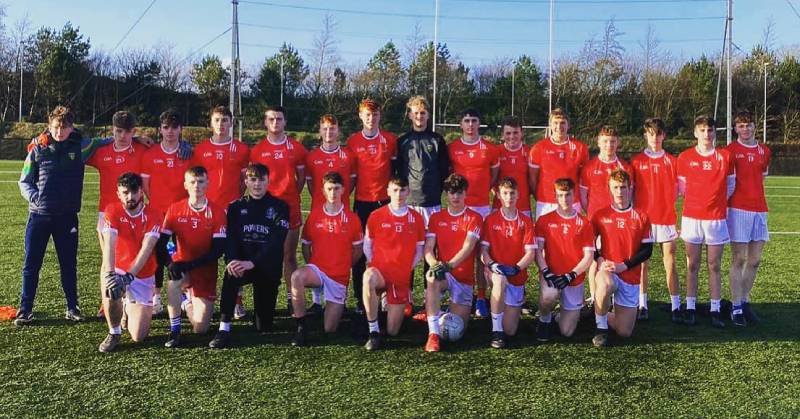 Abbey Vocational School will have two teams compete in Ulster finals in the coming days.

The school in Donegal Town will first see their Under 16.5 team play in the Rafferty Cup Ulster Final, taking on St. Pius Magherafelt.

The side won their semi-final back in December against St. Malachy’s High Castlewellan by 4-8 to 4-4 and face the Magherafelt side tomorrow at 1pm in Celtic Park, Derry.

The U14.5 Boys GAA team defeated St Marys CBGS Belfast in the semi-final by 4-12 to 5-4 in Garvaghy on Monday, which sees them progress to the Loch An Iuir Ulster final.

The final will take place in Tyrone GAA Centre Of Excellence, Garvaghy this Friday with a 12 o clock throw-in against Dean Maguirc Carrickmore.

Meanwhile, Colaiste Colmcille in Ballyshannon reached the semi-final of the Markey Cup after defeating Holy Cross Strabane by 1-15 to 3-4 in extra-time and will take on Keady or Bailieborough in the semi-final next week.

Carr calls for Sigerson to be played...

Ethan and Shane O’Donnell not in Donegal...