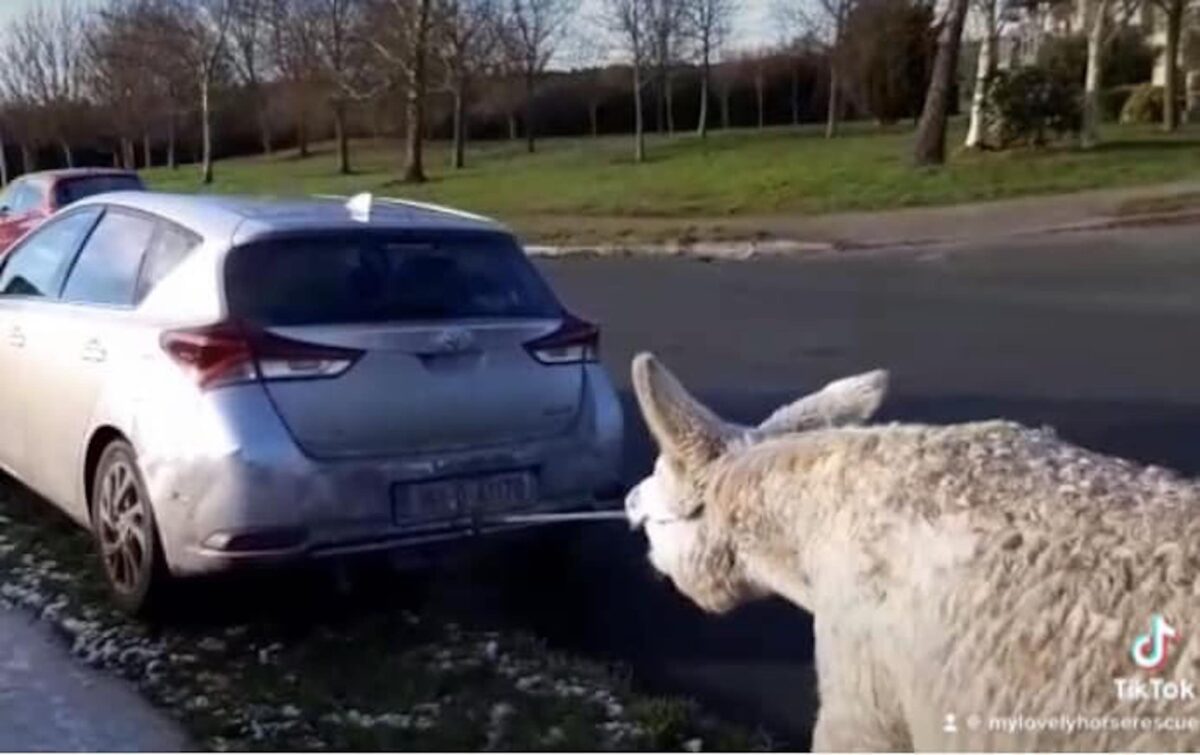 A donkey videoed being dragged behind a car with a rope around its neck is now “safe and in good health, having been assessed by a vet”.

The act, which took place in County Offaly on Friday, was condemned by gardaí and numerous animal charities.

As a result of the video being circulated on social media, seven donkeys were seized, due to abuse concerns, in the early hours of last Saturday morning by gardaí with the help of two voluntary organisations.

Gardaí in the Laois/Offaly division, along with charities Hungry Horse Outside and My Lovely Horse Rescue, were called to the Edenderry area on Friday night. The donkey in the video and six other animals were seized under Sections 12 and 13 of the Animal Welfare Act and immediately taken into care. Edenderry gardaí are continuing to investigate.

The Donkey Sanctuary Ireland said it worked with Hungry Horse Outside staff to transport the animals to its facilities “where they remain safe and in good health, having been assessed by a vet and given access to food and shelter”.

Read the full story on www.irishtimes.com