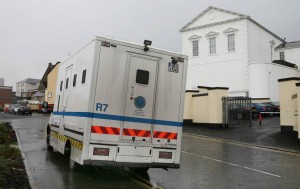 A Letterkenny man has appeared in court charged in relation to the death of a toddler in the town in February of this year.

Little Patrick McDonagh was just three years old when he was killed by a bin lorry on the Ballymacool estate on the outskirts of the town.

Alex McDaid, the man who was driving the bin lorry at the time of the horrific accident, appeared at Letterkenny District Court charged with dangerous driving causing the death of the child on February 16th last.

Mr McDaid of Bonmany, Letterkenny, is also charged with driving without a driving license on the same date.

Solicitor for the defendant Patsy Gallagher sought legal aid which was agreed to by Judge Seamus Hughes.

The case was adjourned and will be heard again on December 12th.