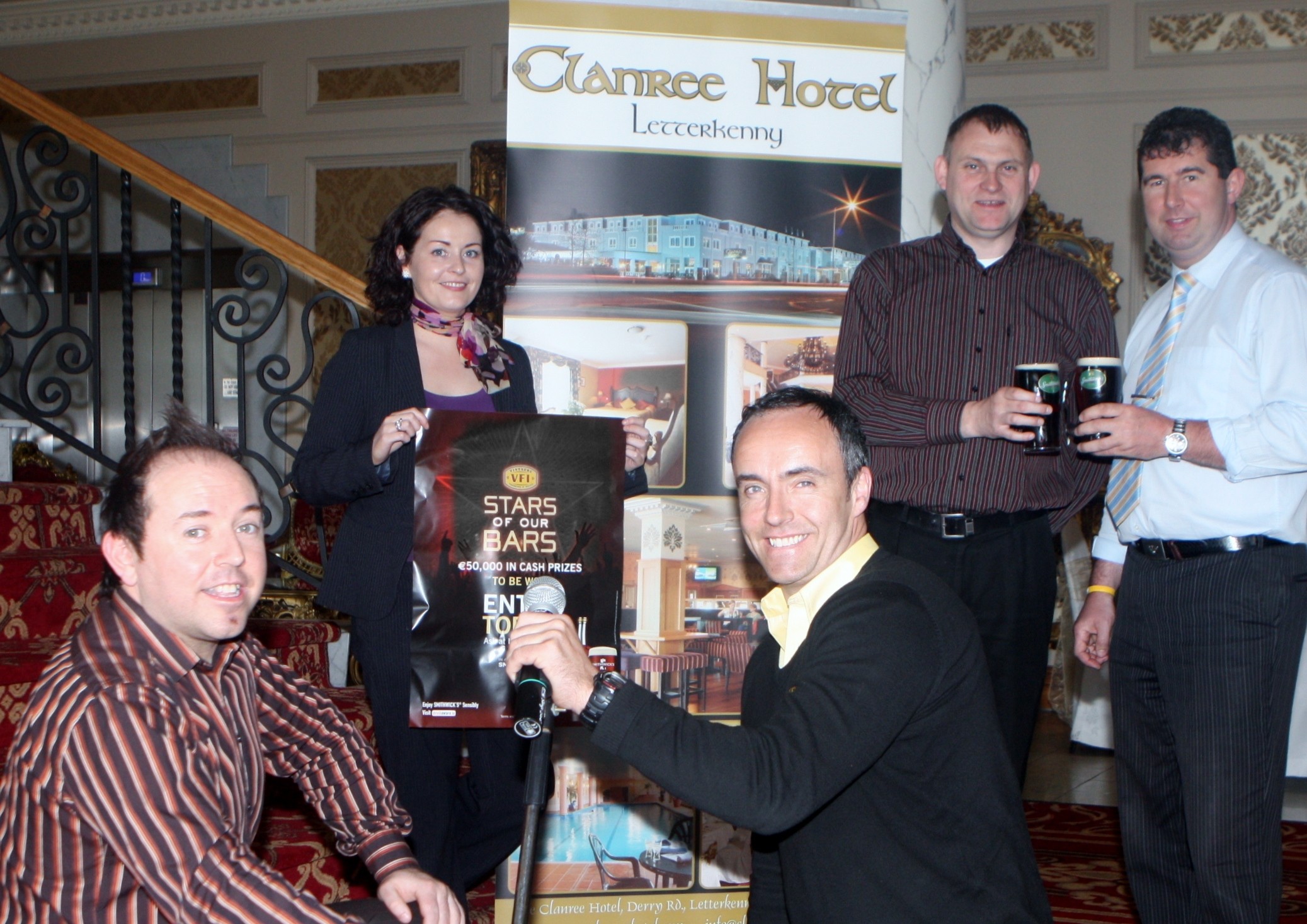 FRIDAY THE 13TH – LUCKY FOR SOMEONE AT STARS OF THE BARS!

IT may well be Friday the 13th….but one act is set to walk away with the biggest local talent prize in the county as the final of Stars of our Bars takes place at the Clanree Hotel in Letterkenny.

Doors open at 8.30 pm, admission is €10. A selection of unique acts will provide a great night of entertainment with the cream of Donegal talent coming to the fore.

Three acts will not only receive cash prizes on the night but will also get a chance to represent Donegal in the regional finals which will take place on the Thursday, June 9th in the Atlantic Aparthotel, Bundoran.

The lucky finalists who make it through the county and regional finals of the competition will then take part in the grand final in June, judged by DJ
Tom Dunne.

Stars of our Bars will see acts from across the country take part to be in
with a chance to win from the cash prize fund of €50,000 and to be crowned
Smithwick’s Stars or our Bars Champion 2011.