JUDGE HAS NEWS FOR NEWSPAPER THIEF

A Ballintra man who stole more than €3,000 worth of newspapers from a shop over a number of months used his savings to repay the money. 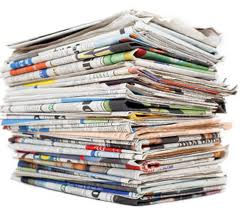 Garda Paddy Battle told Ballyshannon District Court that after his arrest McDermott of Forge Avenue, Ballintra, had taken money form his savings at the post office to repay what he had stolen.

The court heard how McDermott had been treated to meals by kind neighbours and he repaid them by giving them magazines and newspapers he had stolen.