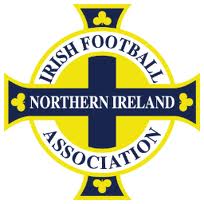 A LEADING sports news website has dragged a Letterkenny schoolboy into the north v south row over eligibility for international teams.

The site – sportsnewsireland.com – is pointing to the fact that St Eunan’s College player Dale Gorman has opted to play for Northern Ireland U-16s as proof that the IFA in the north can make no complaints when players from the Republic opt to play for Ireland.

Highly-rated Dale, who plays for Letterkenny Rovers, is the son of former Linfield and Finn Harps player/manager Anthony Gorman.

The article http://www.sportsnewsireland.com/soccer_irish/62720/ has been condemned by sources at Rovers.

“We hope that Dale isn’t going to be used in this row,” said one source.

“They should leave the lad alone. He was ignored by the FAI. Fair play to him and his family for trying to give him a chance at a career in football.

“All he wants to do is to play at his highest level and now he has been given that opportunity by the Northern Ireland set-up. This is nothing to do with politics – this is just about football. The vast, vast majority of people are delighted for him.

“His dad Anthony is a genuine football man and has done a lot for both schoolboy and senior football. We hope it all works out for Dale,” added the source.