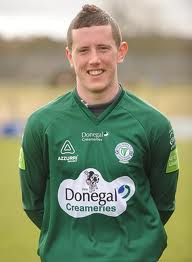 The 20 year old netminder was out cold for almost ten minutes after a clash while playing against Waterford United recently.

Now it has been revealed that Gallagher suffered a hairline fraction of the skull.

It is now believed that Gallagher could be missing for more than a month.

Gallagher’s young stand-in Shaun Patton, 16, will line out for Harps after saving a penalty against Waterford when he came on.