The climber taken by rescue 118 helicopter from Slieve League this afternoon has died. 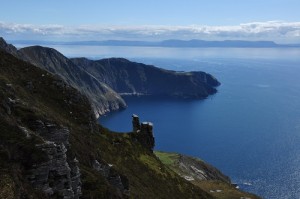 The man is believed to have suffered a heart attack while out with another climber.

The man was winched from the area and rushed to Letterkenny General Hospital.

However he passed away later in the afternoon.

The man’s name is not being released until his relatives have been informed.