MOLLIE MAKES A NAME FOR HERSELF IN EUROPE! 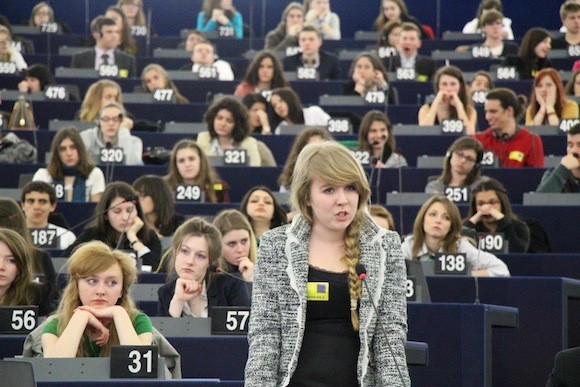 Young Letterkenny woman Mollie MacGinty has become a major name on the European Rotary Club circuit after being named President of the youth section of the organisation.

In a special report for Donegal Daily she explains how her journey began and how it ended in an unexpected triumph.

“I began my journey long before our weeklong trip. It all started at the regional finals of the Rotary Youth Leadership competition in November where I represented Letterkenny and was also one of the three successful candidates.

“A few months later 24 of us gathered in Belfast where we visited the Eu office and Belfast City Hall. We then went on to visit Stormont for a rather lively interview session with representatives from all of the different parties in the Assembly. Discussing different issue such as lowering the voting age, cross border relations and education. We were also given a tour of the Utv studios in Stormont.

“The next stop in the itinerary was Dublin. Here we visited the European Office. We also toured Leinster House, including both Houses of the Oireachtas. This was followed by an even more animated discussion covering topics like special needs assistance, youth unemployment and Euro-skepticism. 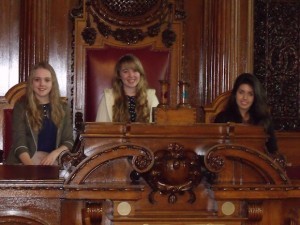 “After an extremely early morning the next day we set off for our ultimate destination. For once the was a lull in our generally spirited political discussions and a sleepy silence ensued. That afternoon we spent as tourists, roaming the streets of Strasbourg and preparing for the big day ahead.

“By the time we arrived at the European Parliament buildings the next morning we were ready for action. Dressed in our ‘Apprentice-like’ clothes we joing 470 other young people and entered the Louise Weiss building. The day began with talks from EU administrators about the various institutions and how decisions are made. The floor was then open to questions, 8/20 of which were asked by Irish delegates. This lead to a fascinating discussion on the future of Europe and how to stop further decline in the common market.

“During the afternoon we were divided into committees of around 82 people.I attended the Migration and Integration committee where I was elected President. I lead the discussion and debate for the afternoon and reported the conclusions back to everyone gathered in the Hemicycle at the end of the day. Our report was voted through using the the electronic voting system and we went home an exhausted but exhilarated group.” 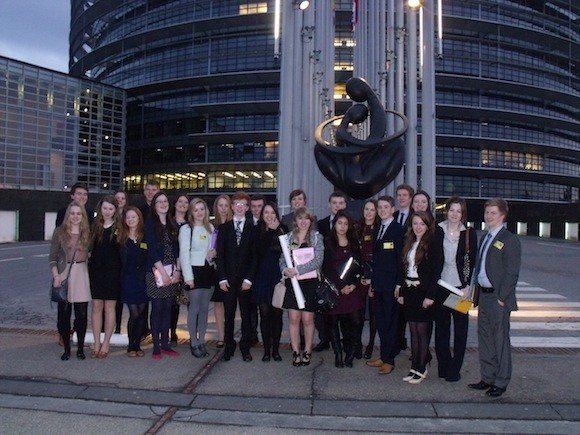