IRISH SOCCER STAR TO THE ‘FORE’ IN LETTERKENNY! 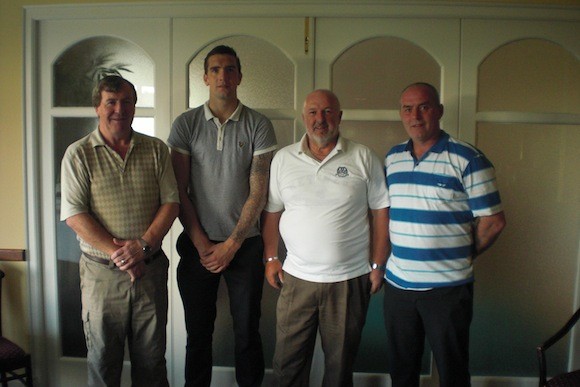 He is more used to playing in front of tens of thousands for Everton and Ireland.

But Premiership soccer star Sane Duffy was under a very different type of pressure on the greens of Letterkenny Golf Club at Barnhill this week.

Shane, whose father Michael hails from Letterkenny, played a four ball as part of the club’s Open Week.

We are reliably informed that Shane was pretty handy around the course.