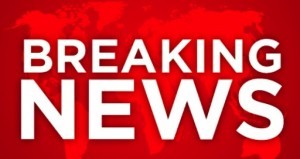 UPDATED: Gardaí are investigating a fatal road traffic collision on the Rathmullan to Portsalon road in Co. Donegal today which has left two young men dead.

The single vehicle crash happened at Kinnegar Bridge, a mile outside Rathmullan, when a car struck a tree and a wall.

Two young men, both from Letterkenny, were fatally injured and two other young men seriously injured in the crash which occurred at about 3.10 am today.

All are thought to be in their late teens or early 20s. A Garda patrol car was in the area at the time and was able to immediately call the other emergency services.

The deceased were pronounced dead at the scene and the injured were airlifted to Altnagelvin Hospital by the Sligo 118 Coast Guard helicopter where they are being treated for multiple injuries. They are in a critical condition but their injuries are not believed to be life-threatening.

The two survivors of the crash are from Glenswilly and Churchill.

The road where the incident happened is on a bend, and just a mile or so outside Rathmullan.

It’s understood the dead and injured had earlier attended the Rathmullan Festival and were traveling on to a house party.

One of the first on the scene of the crash was a group of people coming home from a wedding reception.

Another group of young women believed to be heading to the same house party were also quickly on the scene shortly after the devastating crash.